VICARS should remove their dog collars before attempting to rub themselves against choirboys, according to new guidelines.

The move follows a series of incidents in which clergymen have been identified after performing advanced frottage on blonde-haired 12 year-olds.

A spokesman for the British Association of Vicars, Parsons and Priests (BAVPARP) said: "Men of God have always been easy targets for those whose real agenda is to beat up Jesus.

"In recent years however, we have noticed a trend towards investigating, charging, prosecuting and convicting clergymen who express their love of Christ through playful rubbing and touching.

"Therefore we are advising our members to discard any Christ-based items of clothing and pretend to be a Dutch lorry driver named 'Ruudi'."

Bill McKay, professor or theology at Glasgow Clyde University, said: "The dog collar used to signify moral authority and a communion with Jesus.

"These days it says 'I'm going to chase you round the vestry and then tell your parents you love Satan'."

55% Will Vote For Last Person They Saw On Television 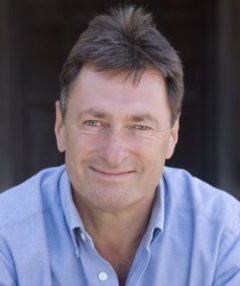 THE last person to be seen on television making a speech has established an enormous lead in the opinion polls, according to the latest surveys.

Asked who they would vote for if there was an election tomorrow, 55% said 'that posh man in a suit who made that speech on the television the other afternoon'.

This was a complete reversal on the previous week when the same 45% of voters said they would vote for 'that Scottish man in a suit who had made a speech on television the day before'.

However, there was bad news for both men in suits from the same poll which showed that if an election was called tomorrow neither would beat Alan Titchmarsh, who had the support of 90% of voters as he had been on television twice since the weekend.

Meanwhile, 100% of those polled just after the end of the Richard and Judy show called for the immediate reinstatement of the death penalty.

Martin Bishop, professor of politics at Reading University, said the poll results provided the best arguments he had ever seen in support of universal suffrage and the democratic process.

He said: "These people told us that they want to see Richard Madeley being dragged on a barrow through the streets of London to Tower Hill and then hung up until almost dead and then cut down and his entrails torn out and waved at him during the last few agonising seconds of his life, after which they would like to see his head would cut off and stuck on a spike outside the Houses of Parliament.

"What sane person could possibly vote against that?"