ACROSS the UK the search has begun for a business that is socially useful.

As city watchdog Lord Turner described banks as 'socially useless', experts called for a major study to discover a business that wasn't.

Professor Henry Brubaker, of the Institute for Studies, said: "A socially useful business is a bit like the Yeti. A few claim to have seen one but it always turns out to be nothing more than a blurry photo of some greedy little shit with a good PR company."

He added: "The mobile phone companies spend enormous sums of money trying to convince us that they are in some way useful, but it does tend to be undermined by the even greater sums of money spent on ringtones that sound like Alvin and the Chipmunks.

"Oil companies, on the other hand, are great at putting small, pointless wind turbines on top of large petrol stations where you can also buy lots of newspapers and magazines filled with detailed photographs of the slightly fat parts of famous women.

"And literally millions of man-hours have been spent on a series of studies to determine whether or not rail companies are socially useful and every time the answer came back 'no'. In fact the last time it came back in huge capital letters that stank of piss."

A spokesman for Tesco insisted: "Our socially usefulness strategy is multi-faceted and community focused. Whether it's handing your local high street over to an army of rats, making farmers dress up like Victorian prostitutes or selling lots of cheap, microwaveable food that will inflate your children until they go 'pop'."

Meanwhile Dubai has described Lord Turner's proposal for a new tax on bank profits as 'the best idea we've heard since we cut income tax to 5%'.

The Arab emirate's ambassador to the UK said: "We'll always have room for you, even if we have to build you a vast, floating office in the shape of a pound sign.

"It's lovely and sunny 24 hours a day and we'll turn a blind eye if you fancy a few drinks. All we ask is that you don't get your cock out on the beach."

Big Brother Contestants To Be Put To Sleep 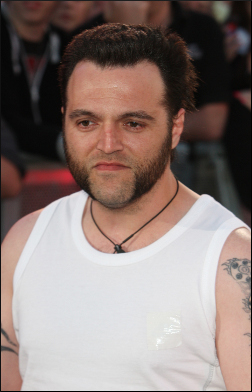 CHANNEL Four last night said it had taken the 'extremely difficult' decision to put the latest batch of Big Brother housemates to sleep.

Following the show's cancellation, the producers have called in a vet to humanely destroy the contestants with either poisoned lager or that gas they use on moles.

A spokesman said: "It's the kindest thing to do. Imagine having a racehorse, but instead of being born to run fast it's born to be a prick on the telly."

He added: "Without television there will be nothing for them in this world but rejection, regular thumpings and maybe the odd Saturday shift in the blank CD aisle at Wilkinson's."

But animal rights campaigners attacked the decision and called for volunteers to give loving homes to Half Pipe, Dogfood, and the one that looks like the Aldi version of Wolverine.

"I myself took in Bubble, who I found slumped naked in the disabled toilet of a Chelmsford nightclub after being dumped by Nell McAndrew."

She added: "It was difficult at first, but after a few months of me rubbing his nose in his doings he's finally learned not to defecate on the rug.

"That said, adopting a housemate is not something to be done lightly and they do tend to make your home smell of broken dreams."