A SELF-EMPLOYED builder who owns his own lorry has bid for Carillion’s prison, hospital, school and Ministry of Defence contracts.

Roy Hobbs, of Hobbs Construction in Macclesfield, whose slogan ‘We never leave a job unfinished’ is familiar to anyone who has seen it on his lorry, has told the government he is ready to pick up where Carillion has left off.

He said: “We’ll have to agree a schedule. I can’t build a hospital in Liverpool and HS2 simultaneously. I’ve only got five lads, counting the apprentices, and Jordan doesn’t always turn up.

“What I’d say is give us a go, we’ll build a prison or whatever, and if you like it then we’ll take on the other jobs. My wife could do school dinners. Kids mainly want crisps.”

Home secretary Amber Rudd said: “To give a self-employed builder, no matter what its pedigree, millions in vital government contracts would be irresponsible, idiotic and doomed to certain failure.

“But if the alternative is the public sector, then I’m afraid we have no choice.” 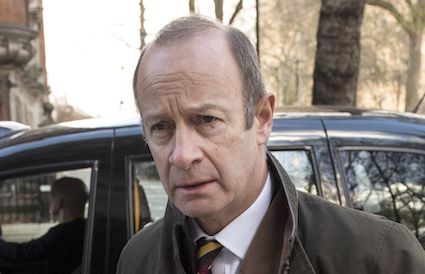 THE leader of UKIP has pledged that his next 25-year-old girlfriend will not be as obviously racist.

Henry Bolton told party members he had been guilty of focusing on the breasts of ex-girlfriend Jo Marney rather than her white supremacist values.

He said: “Like all balding men in their fifties I just want to have sex with a nubile young woman. I foolishly believed that everyone would be okay with that, even if the young woman in question was spectacularly racist.

“I have learned my lesson and from now on will only proposition swimwear models who want to repatriate immigrants because they are worried about the pressure on public services.”

Meanwhile Martin Bishop, head of politics at the Institute for Studies, said: “While the opinions of Henry Bolton’s former mistress are horrible, in the grand scheme of things none of this really matters because Henry Bolton is the leader of UKIP.”