A SHOP which sells really uncomfortable sofas for £3000 is to close down.

Habitat, popular with people who do not like sitting, has admitted that it has struggled to compete in a Britain that is more reluctant than ever to remain standing up.

A spokesman said: “It seems there is no longer an appetite for living room furniture that has been sharpened to a point.

“If only Terence Conran had designed a sofa that was the same shape as him.”

Martin Bishop, retail analyst at Madeley Finnegan, added: “Four years ago I bought half a dozen wine glasses from Habitat for sixty quid. They’ve all been broken because it turns out they were made from glass.

“I now buy 50 wine glasses for a tenner from Ikea, because it turns out their wine glasses are also made from glass.”

Meanwhile Bishop warned that the demise of Habitat could now lead to many, many, many newspaper articles about the death of some part of Britain’s cultural make-up, symbolising an Eighties ideal of refined, mature consumerism and have you really made it to the end of this sentence? Well done.

The company administrators stressed that they hope to retain a few branches in London where many people still prefer to stand as it makes it much easier to judge all the other people in the room.

Miliband wins right to put his own turds in a bucket 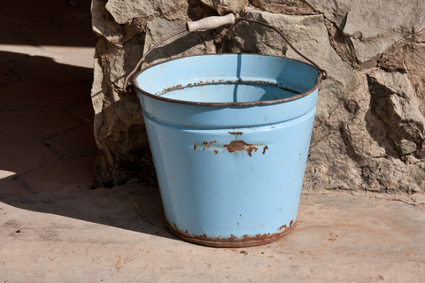