WITH the new aquarium season just two weeks away, there has been a
flurry of transfer activity at the UK’s top marine-based attractions.

Catalan Barracuda Raoul may be doing his swimming in Tenby next season. The Welsh aquarium is frontrunner to sign the elongated libero from Weymouth before Saturday and hope to seal the deal by doubling his clown fish. Two lobsters are expected to go the other way.

West Beach Oceanarium has dropped out of the race to land Wazza the Sea Turtle after being unable to meet the demands of his fragile ecosystem. The Dorset outfit had hoped to trigger a release clause in the reptile’s 84-year contract with Santos.

Unsettled Atlantic salmon Leonardo has been given permission to speak to Deep Sea World in Fife after handing in a transfer request at Portsmouth Aquarium by leaping out of his tank. The move would suit the 12lb migratory seal favourite, who is keen to be nearer his Dundee-based girlfriend.

Cuttlefish play-maker Wes Metzger is set for a shock return to Hamburg Aquarium. The club has been in the market for a creative celaphod since the death of Paul, the Psychic Octopus earlier this year.

An entire shoal of Angel Fish has passed its medical ahead of a move to the Weston Super Mare Sea-Quarium for an undisclosed fee. The centre will finance the deal by loaning a shark to someone.

Baltic Sprat Andy Palmer is set to be released by Blackpool
this week after seven injury-plagued years. The veteran herring-like
fish is set for a move across the Pennines to Skegness Seal Sanctuary
where he will take on a coaching role.

And controversial seahorse Diego looks set to leave the blue half of Liverpool, with the Ellesmere Port outfit Blue Ocean World keen to offload him to Fenerbache Squid-Mania.

The monogamous pipe fish was in the headlines for all the wrong reasons last month after he was photographed emerging from a coral reef with his brother’s wife, carrying her eggs in his brood pouch.

Manchester begins to eat itself 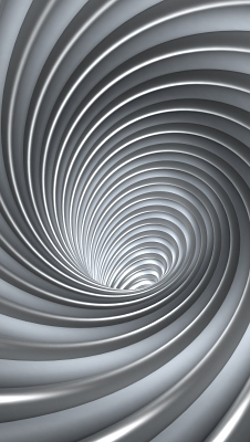 MANCHESTER has become a self-sufficient vortex of annihilation, scientists have confirmed.

Burglars breaking into a Salford household on Wednesday were attacked with a knife stolen from a shop in Levenshulme that had been squatted by criminals from Moss Side.

“By 2013 there’ll be one scrawny, nasal, tracksuit jockey on a building site in Crumpsall punching himself in the face surrounded by 3,000 bored but exceptionally happy coppers egging him on.”

Meanwhile it has also been predicted that Manchester’s level of self-regard will soon reach ‘critical manc’, where the buildings start to face each other and eventually merge to form one enormous converted cotton mill selling Smiths memorabilia and Boddingtons.

The massive density of the building will eventually cause it to disappear into an alternate universe that scientists believe looks like HP Lovecraft’s version of Coronation Street where the mighty and dreadful Cthulhu serves behind the bar of the Rovers Return.

Professor Thompson added: “The land where Manchester stood won’t be inhabitable for decades as it will still have trace elements of violent arrogance.

“But I’d like to think that my grandchildren may eventually see a flower grow where the Trafford Centre once stood and that it doesn’t look like Ian Brown.”