Queues are already forming outside of tawdry local gift shops selling t-shirts that say ‘Farter Christmas’, clockwork penises and aprons with tits on them.

“This year we expect classics like the fake fire alarm that says ‘In case of fart break glass’, surprisingly explicit pornographic playing cards and plastic dog turds to perform strongly.

“But we’re seeing some popular new weak gag gifts including a latex mask that makes your head look like a vagina and a t-shirt with the slogan ‘Bosses are like farts – arsey and full of hot air’.”

Shopper Roy Hobbs said: “I want a target thing that goes down the toilet for every man in my family, and if anyone gets in my way I will properly beat them up.” 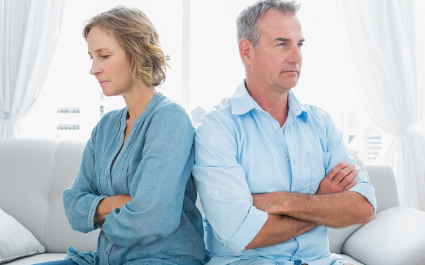 A MARRIED couple who have not spoken since 1994 have no idea what they are called, their children confirmed.

Following an argument about Dale Winton’s sexuality twenty years ago, the Derby couple have communicated through their children until they each receive the apology they believe they are due.

Daughter Emma Bradford said: “They’ve been saying ‘Tell your mother’ and ‘Tell your father’ for so long that they’ve even changed their debit cards accordingly.

“I have to admire their single-mindedness, but I’m at university now and being texted every 10 minutes for find out if Dad’s working late or to for Mum to pass the ketchup is impractical.

“It’s also beginning to affect my brother, who’s only 12. I don’t want to think about the maths behind that.”

Attempts to end the huff with divorce have foundered when courts refused to allow ‘Her’ or ‘He knows exactly who I mean’ as respondents in the application.

Mr Bradford said: “I’m pretty sure her name’s on the wedding album in the loft, but if I go up there she’ll think I’m checking the insulation like she asked me to in 1990 and I won’t give her the satisfaction.”