Trains set free to roam as they please

RAIL bosses have given up trying to control their trains and have set them free to roam wild.

Amid fresh travel chaos, rail executives said it was time to admit that trains could not be tamed by man.

Train company boss Roy Hobbs said: “For centuries we have tried to enslave these majestic trains, making them do our bidding and arrive at places punctually.

“But these splendid vehicles have minds of their own, much like Thomas the Tank Engine, and would rather be late or break down.

“It is time to end the cruelty of timetables. From now on they shall just go up and down the tracks with no driver and the accelerator pedal taped down, tasting the sweet nectar of freedom.

“Of course you still have to buy a full price ticket if you want to try to jump on one, otherwise you will receive a massive fine.”

Stranger gave mum £10 to piss off 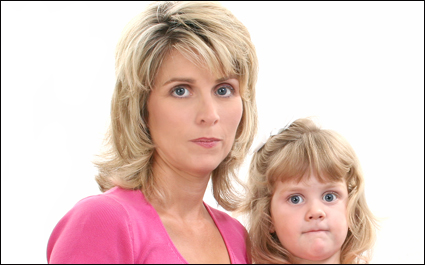 MOTHER of three Nikki Hollis was given £10 by a stranger to leave her local pub and take her kids with her.

She has since launched a public appeal to track down the stranger so she can shout at him about it being a free fucking country.

The man is described on Hollis’ Facebook appeal page as “Early 40s, medium build, and possibly muttering ‘for ‘Christ’s sake’ under his breath”.

Pub regular Wayne Hayes said: “She was just texting her mates as her little ones were arsing about putting peanuts into the fruit machine when this gent pressed a tenner into her hand and pointed at the exit.

“Manners seem a thing of the past these days so it’s good to see somebody stand up for those wanting a quiet pint without being overwhelming by the desire to commit infanticide.”

The unnamed man also gave Hollis a note, handwritten on the back of a beer mat saying, “Have a drink on me, somewhere else, far away.

“I have a daughter your age and you are setting a great example by turning yours into the sort of person I would write out of my will.”

“PS: The eldest one has a smile like somebody threw a handful of Tic Tacs at putty. How does he brush his teeth? With a belt sander?”