THE long-term unemployed will be taken from their homes and forced to pick cotton all day, under new proposals from the Conservatives.

The party has promised huge financial rewards for those private companies willing to round up thousands of Scots, Northerners and Welsh and set them to work in the fields.

Chris Grayling, shadow minster for work and pensions said: "Many of these savages have a good bone structure and will respond well to simple commands.

"They can work all day with just a meagre ration of Pot Noodle and will prove no burden to your enterprise."

He added: "If any wretch seeks to challenge your authority, have your gang master take the whip to 'em."

Under the Conservative proposals vast auction houses will be established in Glasgow, Liverpool and Swansea, where private companies and landowners will bid for the healthiest specimens.

The party predicts the trade will reinvigorate the economies of the great Imperial ports and make substantial fortunes for men of character.

Any surplus stock will be herded on to ships bound for the New World. All cargo that survives the two-month voyage will be sold-off in the market squares of Atlanta and Richmond to feed the demand from welfare-to-work programmes in the Southern States.

Mr Grayling said: "The females may also be used for lighter work and you can maintain good spirits among your inventory with the provision of a bingo parlour."

Why Are My Eyes Leaking? Asks Hillary 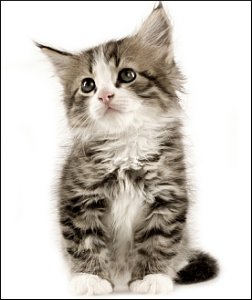 DEMOCRATIC presidential candidate Hillary Clinton walked out of a campaign event in New Hampshire after small amounts of salty water began leaking from her eyes.

Senator Clinton was taking part in a town hall question and answer session with local voters when she suddenly stopped speaking and looked desperately towards her aides.

The former first lady pointed to her face and seemed to mouth the words, 'what the hell is happening?' before leaving the room.

The incident came just seconds after Clinton had been asked what she would do if she saw a man shouting at a kitten.

The Clinton campaign brushed off the incident on the eve of the crucial primary, but opponents said it was further proof that the New York senator's face does not have what it takes to be president.

Democrat front-runner Senator Barak Obama, said: "I'm very sorry to hear about Senator Clinton's leaking face and my wife and I hope it is now fixed.

"But the American people have a right to know how their president will react if he sees a man shouting at a kitten.

"I want to assure people that I would not stand idly by while kittens are verbally abused."

A Clinton campaign spokesman said: "The Senator is fine. She has been examined by a doctor and we think it may have been an allergic reaction.

"She's been eating a lot of cheese recently."