WAITROSE is the best supermarket for fresh produce and highly attractive middle-aged women, it has been claimed.

As researchers claim that a Waitrose branch can increase local house prices by 50 per cent, customers praised the store’s tasty organic fare, knowledgeable staff and the way it is teeming with smoking hot, sexually confident mums.

56-year-old Tom Logan said: “I think the deli counter is excellent, the black pudding-coated Scotch eggs are truly of artisan quality and the scallops are to die for. Also, it is the most mental boner fest.

“Seriously, I don’t mean to sound like a perv but I had to repeatedly smash my raging groin into a chiller cabinet just so that I could go and pay.”

Mother-of-two Emma Bradford said: “I’m straight but I come here mainly for the milfs. Compared to other supermarkets, Waitrose milfs are delicious. They could be actresses in daytime soaps. The minute I walk in the door I’m bisexual.”

She added: “That’s why it’s the best supermarket, even though it’s six fucking quid for a fish pie.”

Fury as allotment gardeners discover vegetables can be bought in shops 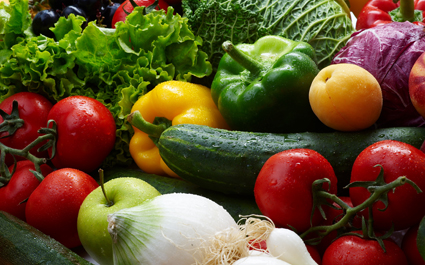 PEOPLE with allotments are reeling from the discovery that vegetables can be bought with cash.

Emma Bradford, A 31-year-old architect, said: “There’s a 2,000 year waiting list for allotments in my area. I only got one after agreeing to a three-way with two old men called Reg and Roy.

“An allotment is endless days of digging, raking and watering, all for a manky lettuce that looks like it’s been blasted with a shotgun.

“So you can imagine my horror when I cycled home past a building that was literally full of fucking vegetables.

“The ‘greengrocer’ said I could buy as many of them as I wanted. They were cheap too. I went back to my allotment and peed on it.”

Stephen Malley, a 36-year-old allotment holder, said: “Apparently I could have gone to one these shops and bought a sackful of carrots for a few quid.

“But what I want to know is do they taste the same? Or do they just taste very, very similar?”