ELECTRICIANS, plumbers and car mechanics have confirmed that if customers are ‘bloody difficult’ they pay at least twice as much.

Following Theresa May’s reiteration that she is a ‘bloody difficult woman’, tradesmen across the country admitted they had subconsciously already added extra, unspecified charges to her bill.

“Make a huge song and dance about how they’re going to be querying every charge before you even start so you’re well prepared to get the really fucked carburetor out of the back to show them later.

“All you have to do is act really cowed and impressed, like you’ve never had a customer kick up a fuss before, and they pay all the made-up shit with a self-satisfied smirk on their faces. Easy.”

European Commission president Jean-Claude Juncker, wiping his hands on an oily rag, said: “Oh, actually we discovered the UK has further financial obligations which we had overlooked previously.

“You are welcome to query. I trust you are an expert on the inner workings of the EU?”

Princess Charlotte photo gazed at for less than allotted time 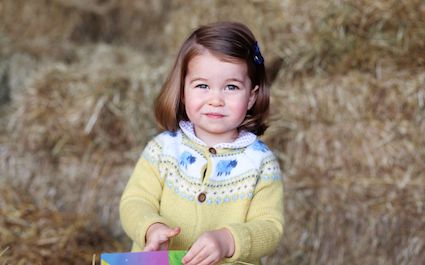 BRITAIN has been accused of staring adoringly at a new photograph of Princess Charlotte for less than the mandatory four minutes.

Millions of UK citizens who should know their duty may have given the photo, released for the Princess’s second birthday, no more than a cursory glance.

A Palace spokesman said: “Oh, you’re busy? You think you’ve got more important things to be doing than gazing in simpering awe at the fourth in line to the throne?

“You pathetic pleb. Get your newspaper, centre that photo in your vision and contemplate her enchanting cuteness until you are specifically ordered to stop.

“She is cuter than your children. She is cuter than any children you will ever know. Memorise her cardigan, the haybale backdrop that sets off her winsomeness so perfectly, the blue bow in her hair.

“She is everything to you. You are nothing to her. This is how it will always be.”