We just want to put you in prison, admit tax people

SENIOR tax officials have admitted that their sole agenda is to get self-employed people into prison cells.

Following criticism of unreliable tax helplines, HMRC bosses admitted it was all part of their grand plan to make you do something against the law.

A spokesman said: “If a caller gets cut off, they’re more likely to say ‘fuck it’ and just not declare the thing they were going to ask about. Then we can find out and put them in prison.

“We have a list of ten main objectives on our tax bunker wall and they are all ‘Put people in prison’.

“We’re not even that interested in tax revenue, but we love banging people up. It makes us feel like tough New York cops instead of bored bureaucrats.

“Only a fool fucks with HMRC.”

The spokesman added that if you did manage to get through when calling them, everything you say is recorded, not for training purposes but in case it is remotely suspicious. 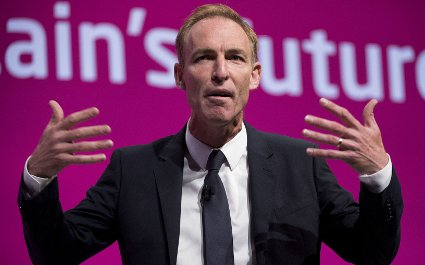 THE newly elected leader of Scottish Labour has also been named as leader of the Scottish Conservatives.

Tory chairman Grant Shapps, who appointed Jim Murphy, said that both jobs can easily be done by one man to save everyone money: “We’ve only got two or three Tory MPs up there, as far as I can recall, and they’re in until May at best so it’s not worth having our own man.

“It’ll be no trouble for Jim to pop across party lines and make sure they’re not getting into any trouble. If anything it’ll give him something to do.”

Murphy said: “It’s not that I mind doing it but they could have asked first.

“I suppose one more MP to feed, house and make sure they do their dirty business nowhere near the newspapers isn’t going to make much difference.

“At least this one’s pedigree. Some of mine bite.”