Worker gets massive bollocking while seated on a bean bag

A MANAGER has bollocked a team member in the laid-back surroundings of their office’s chill-out area.

The relaxation zone of JBJ Marketing, which boasts table tennis, a Scalextric set and comfy bean bags, is ideal for unwinding or threatening an under-performing colleague with the sack.

Bollocked worker Tom Logan said: “I know I’ve been slack lately, I’m going through a break-up which mean I have to get pissed a lot on week nights, and my boss Nikki asked me to step over to the chill-out zone.

“I said ‘We’re not going to chill out there, are we?’, and she slowly shook her head.

“Basically she reeled off a long list of my fuck ups and asked me to consider whether I belong here in the long-term, or even in the very short-term.

“I don’t know if you’ve ever gotten bollocked on a bean bag between an oversized chess board and a Flumps dispenser, but it does not feel good.

“It’s kind of like someone handing you your balls in a jar with a handwritten label on it that says ‘Your Balls’.” 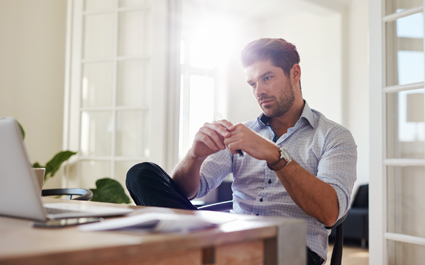 IT IS increasingly clear that only one group is capable of defeating terrorism – brilliant, clear-sighted columnists like me in large houses with well-equipped home offices.

On a daily basis we tackle any issue, whether it is politics, the scandalous cost of gym membership or why I am not ashamed of my ‘dad dancing’. This breadth of experience makes us ideally placed to solve the problem of global Islamist jihad.

Sitting at my MacBook with a large mug of choca-mocha, I realised we must talk to young people in danger of being radicalised. We need to be out there in the schools, youth clubs and roller discos where they congregate, although not me personally because I work from home.

We must enlist the help of people they respect. It’s hard to imagine any young person getting involved in terrorism if Coldplay’s Chris Martin went to their school and did an assembly about it.

The problem of what to do with hardened terrorists is a tougher question, but while I was making poached eggs with avocado for brunch the answer became obvious: stick them on old-fashioned fairground rides.

Putting terrorists on big wheels and waltzers at remote locations would keep them far away from potential targets, while the constant motion sickness would make it hard for them to concentrate on their barbaric plans.

It pains me to have found a solution to terrorism where politicians and security experts have failed. But maybe all it took was a calm journalistic mind, a photo of me looking clever and a nice big home office.