The company launched its loathing-based approach to customer relations by making its email service far more awkward to use.

CEO Marissa Mayer said: Everyone company under the sun has been trying to making its customers love it, no one has done hate yet, this is completely new.

What I’ve done is taken a service that people really liked and then fucked with it.

My plan is to take our users down to their base levels of anger and then to build them back up as newer more faithful customers.

“It’s a carrot and stick concept. I came up with it and I get paid loads so it’s definitely a good idea.

Even self-confessed mild mannered members of the public have been whipped into a toxic frenzy of hate by changes to the popular interface.

Yahoo user Derek Gibson said: I’ve never cared less about polar ice caps melting or human rights abuses, but theyve taken away the tabs function and I’m too lazy to get a new email account. Now I really want to hurt something.

Id send an email to Marissa directly, but currently its frozen and Im trying to switch it back to classic, but my addresses arent automatically coming up.

“Oh my god, I hate you Yahoo with every essence of my being.

Marissa Mayer said: There’s 240,000,000 users pissed off and ready to go, that’s perhaps the biggest army in the world.

“We could take that anger and, for example, attack Google for not giving me that promotion.” 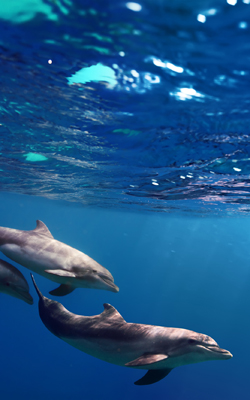 THE cliffhanger in a flooded cellar on Emmerdale is to launch the soap’s new sub-aquatic era.

Desperate to differentiate itself from rival Coronation Street, waters will continue to rise until all of Emmerdale Farm, and by implication Yorkshire, is submerged.

“He hunts the cast down while they craft makeshift harpoons from farming equipment.

Meanwhile hotties Priya and Alicia, whove been transformed by the deluge into sexy mermaids, make out underwater in slow motion.

I admit the reincarnated Seth looks absolutely magnificent with his trademark whiskers stretched across the elongated pectoral fins of a ray, but I predict Emmerdale: Atlantis will last about as long as Brookside in Space.