CLOTHING shops have reminded all their customers that they are now fat bastards so should buy their clothes accordingly.

Branches of Burton, New Look and Jigsaw around the UK have added signage including ‘Size 10? Piss off’ and ‘Add another couple of Xs to that L, you porky f**ker’.

Helen Archer, manager of Karen Millen in Manchester, said: “There’s no point beating about the bush. Our customers are corpulent, disgusting pigs.

“We’re wasting valuable retail time letting them come in and slowly reach the horrible conclusion that they’ve put on four stone, not to mention all the burst buttons and twisted zips.

“So instead we’re telling people upfront. An assistant asks what size they take, then laughs and redirects them to the racks selling tent-like clothing to cover their shameful obesity.

“There’s lots of weeping but turnover’s brisk because they haven’t got any choice. None of their old clothes fit them anymore. They’re even bursting out of their shoes.”

Tom Booker said: “It was something of a wrench to discover I take a 40-inch waist. But the assistant flirted because apparently I’m one of the slim ones.”

All the best music was 25 years ago, scientists in their late 40s confirm 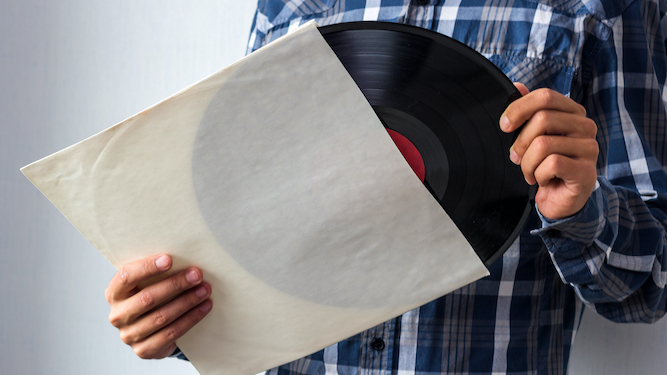 A GROUP of leading musicologists in their late 40s have confirmed that music has gone steadily downhill since 1996.

The scientists have studied the last quarter-century of recorded music and believe there is no doubt that it has precipitously declined in quality since they were young and heard it played in nightclubs.

Professor Joseph Turner said: “We’ve double- and triple-checked these results with test subjects, all born in 1976 at the latest, and this isn’t conjecture. This is objective fact.

“It isn’t an absolute cut-off. Lots of the bands who were making music in ’96, for example Underworld who I took my first E to at a Megadog in Leicester, are still musically vital today.

“However every musical genre that’s come along after that date, any musician younger than 40 and pretty much anything produced in the last decade after I had kids, is shit. I mean it’s just noise.

“Compare that crap to DJ Shadow’s Endtroducing or Suede’s Coming Up, both of which I remember buying from HMV when I was young and gorgeous and had my whole life ahead of me, and there’s no comparison.