Poetry, and four other things people pretend to be into to get laid SUCCESSFULLY appearing attractive is impossible by just being yourself. Pretending to like these things will make you more shaggable:

In order to appear discerning and cultured, you only use the word ‘film’ when talking about movies for the first few dates. You just hope that you hook up before you’re rumbled and they find out that the ‘library of cinema’ you referenced actually consists of a blu-ray of The Matrix and the Big Momma’s House franchise on DVD.

To appear daring and exciting, you’ll pretend that a typical weekend for you consists of scuba-diving, wind-surfing and fell running. If you do end up hooking up with this person, you better hope that they’re also actually terrified of the outside world and spend all their time slumped in front of Netflix too.

There is a certain type of person, typically a guy, who boasts they love to cook as a way of showing how cultured they are. While they want you to think they’re bordering on getting a Michelin star, in reality they can barely make beans on toast without burning the beans and the toast.

To make yourself seem compassionate and sensitive claim that you love poetry. Best case scenario: the other person takes you at face value and this never comes up again. Worst case scenario: they’re actually into poetry and suddenly you’re wildly out of your depth, trapped in a conversation about TS Eliot’s The Wasteland you’re not even close to equipped for.

Long walks by the beach

A classic romantic move when you’re trying to show that you have a deep appreciation for the beauty of nature. In fact, you hate the idea of going somewhere where your shoes and socks fill with sand while you struggle to make a conversation over a howling gale but it’s what you’re meant to do, isn’t it.

Five lockdown rules you've broken if you're being completely honest 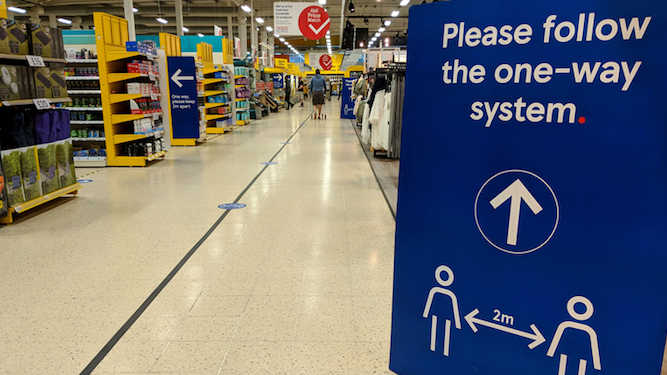 CLAIMING to have got through lockdown without putting a toe out of line? Apart from these rules, which you broke if you’re being honest:

Going the wrong way in a shop

We all came down on Rita Ora like a ton of bricks for throwing a lockdown party, but after doubling back in the Co-op to pick up a Twix isn’t this just a case of the pot calling the kettle black? You’re lucky your reckless snack jaunt didn’t escalate into front page news.

Have you really stayed two metres apart from every human being for the best part of a year? What about that time you squeezed past an elderly couple on your daily walk because you didn’t want to risk stepping out into an empty road? The second wave rests entirely on your shoulders.

Meeting up with too many people

The ambiguous rules have changed so much it’s hard to make sense of them, and you’ve exploited this for all it’s worth. Are you allowed to meet up with dozens of friends individually, so long as you’re not breaking the rule of six? You never bothered to find out, and that’s why no one is getting a foreign holiday this year.

At first you followed the rules to the letter by scratching your face on a rough post like a cat. But lately you’ve let things slide and started touching it with your rigorously sanitised hands like a monster. What do you think our hardworking NHS nurses would have to say about that?

Washing your hands for less than the mandated time

The science is crystal clear on this one, you’re supposed to scrub your hands for as long as it takes to sing happy birthday twice. These days you’re barely getting halfway through the first round before wiping your meat hooks dry on a manky old towel. It’s not June 21st yet so get your shit together. Rules are rules.