A WEBSITE has innocently taken a woman through the entire process of buying some photo prints, only to announce at the end that delivery is £5.99.

Lucy Parry had to click a box to confirm paying the amount, whilst wishing for an option which said ‘I’ve already invested hours of my life in this so I don’t really have a choice, you bastards’.

Parry said: “To add insult to injury, there’s a box on there that says ‘Add voucher code’, which clearly means ‘You’re an utter f**king idiot if you’re paying full price’.

“But when I went online to look, all the codes had expired, because clearly all clever people ordered their photos last week.

“By now I’d spent longer trying to avoid delivery charges than I had ordering the photos, or even living the moments depicted in the photos, so I resentfully paid it.

“I’m intrigued to see what a £5.99 delivery is like. Presumably my photos will be delivered in a gold envelope, with an orchestral fanfare, and handed to me by that hot bloke out of Bridgerton.”

The twat's guide to driving in the countryside 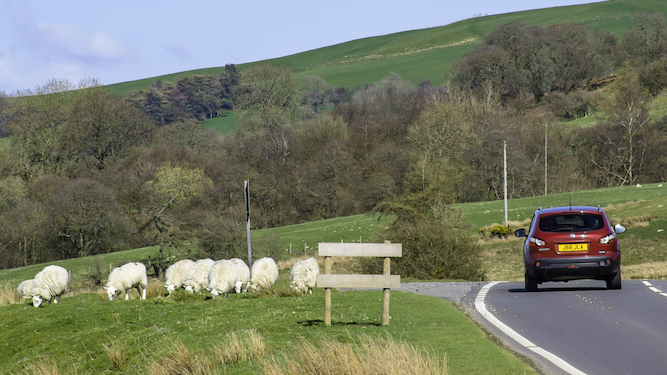 WITH lockdown rules easing it’s time to go for a drive in the countryside. Here twat Martin Bishop explains how to be as much of a menace as possible.

Slowing down for horses is one of the unwritten rules of the countryside. But ‘unwritten’ means you can ignore it, right? Zoom past angrily honking your horn, strangely annoyed that they’re using an outdated mode of transport instead of an Audi with power steering.

Dawdling country drivers can be annoying – so ‘out-twat’ them with a series of increasingly dangerous overtaking manoeuvres. The gold standard? Passing someone on a blind bend in a narrow lane with the sun in your eyes.

Everyone knows people in villages get tanked up and drive home. That’s what I firmly believe anyway. So get suitably refreshed on eight pints of strong local cider, buckle up and off you go. There’s barely any traffic in the countryside and definitely no dangerous hazards like trees.

Driving down a very narrow road? Refuse to pull over and stay in the centre to prevent other vehicles passing or overtaking. Do not yield no matter what. If you can force a combine harvester to swerve off the road and crash into a farm, even better.

Aim for the wildlife

Someone once told me it’s better to hit an animal than endanger the lives of your passengers. This clearly gives you free rein to try and run over as many pheasants, hares and deer as you can. Think of your day trip as Grand Theft Auto: North Yorkshire.