99 per cent of Ramones t-shirt owners not upset

THE death of Tommy Ramone has left most people who wear Ramones t-shirts emotionally unaffected.

People whose favourite item of clothing features the seminal punk band’s logo said they thought ‘Ramones’ was either a t-shirt company or some sort of drive-in restaurant.

26-year-old marketing executive Tom Booker said: “I had no idea that the Ramones t-shirt company had an in-house band.

Ramones t-shirt fanatic Mary Fisher said: “Was their music all about t-shirts?

“Because I do think there aren’t enough songs about garments.” 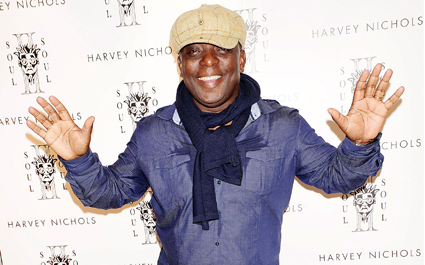 IRISH fans of country star Garth Brooks have been offered a stout BBC pundit as a replacement.

Devotees of the American singer were left disappointed when he cancelled five Dublin gigs, but organisers are hoping that former Tottenham and Stoke ace Garth Crooks will be an appropriate substitute.

Concert promoter Wayne Hayes said: “When Garth Brooks said he couldn’t do it, there was one name that popped immediately into our heads.

“Garth Crooks may not have won 18 Academy of Country Music Awards or sold 70 million albums or ever played a guitar, but he is a man.”

Crooks will pick eleven of his favourite tracks from the albums Ropin’ the Wind, Fresh Horses, and The Magic of Christmas, and arrange them in a 4-4-2 formation, which it is hoped will appeal to traditionalists.

All concertgoers will be treated to a sit-down with Crooks, where he will ask them questions that are simple but repetitive in the style of 1995 hit Ain’t Goin’ Down (‘Til The Sun Comes Up).

Hayes said: “Whatever their answers, Garth Crooks will interrupt fans with a completely unrelated follow-up question, which will surprise and delight them as surely as if Garth Brooks had followed Friends In Low Places with Rodeo.”