ANIMAL rights protesters have condemned Adrian Chiles after footage showed him shouting ‘half breed’ at a frightened badger.

A BBC crew filming at a Carlisle animal shelter were shocked to hear Chiles demanding the hedgehogs be forced into labour camps and call for the repatriation of shrews.

Cameraman Tom Logan said: “He launched into this incoherent ramble, denouncing the inferior gypsy blood of Mrs Tiggywinkle and insisted that work would set the woodland creatures free.

“But the weird thing was that despite his aggression and wanton cruelty, because of his Birmingham accent it had no credibility whatsoever. A bit like a tattooed, skinhead Jasper Carrott asking you who you’re looking at, over and over again.”

Meanwhile, the partially-melted presenter has left the BBC a week earlier than planned after he was found in the Blue Peter Italian sunken garden with Barney, the programme’s dachshund, in a vicious headlock.

Security guard Charlie Reeves said: “He was wheeling around the pond with a bottle of Scotch, spraying piss like a burst water main and screaming at a nearby owl to fly back to ‘Owlvania’.

“When I asked him to let go of Barney he called me a ‘Setter-lover’ and a traitor to my species.”

An RSPCA spokesman said: “It’s obvious to anyone watching his treatment of Martin Keown on MOTD2 that Chiles has a real problem with animals, not to mention the chapter in his 2007 book when he accused Villa-supporting moles of conspiring to get West Brom relegated.”

Chiles has insisted that recent events will not affect his coverage of the 2010 World Cup, adding: “As long as them bastard Arctic Terns remember which country they should be cheering for.” 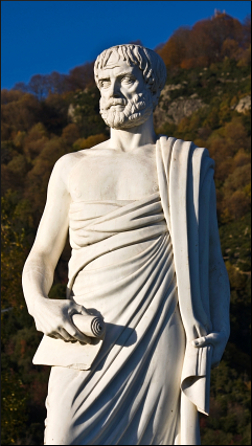 THE history of Western civilisation is expected to come full circle today when Greece brings it crashing to the ground.

With most European and American banks now filled to bursting with worthless pieces of paper handed out willy-nilly by the Greek ‘government’, experts say the world of science, art and democracy which was born in Athens 2500 years ago and spread its glow across the Western hemisphere is now fucked into a tinker’s bucket.

Professor Henry Brubaker, of the Institute for Studies, said: “Given that it was founded by Greeks, I’m amazed it lasted as long as it did.

He added: “If only we had been inspired by Spaniards. The buildings may not have been so grand – or actually finished – but we’d have afternoons off and be able to maintain a clear conscience while doing unspeakable things to a donkey.

“Beyond that I’m not sure we had much choice. Italian civilisation is based largely on paying protection money to hot-headed olive oil importers, British civilisation is fine as long as you actually prefer it when things don’t work, while German civilisation does have a tendency to get a bit… carried away.

“And French civilisation is of course an oxymoron, much like German humour, Italian ethics, British cuisine and French soap, French decency and French not fucking my wife.”

Professor Brubaker said it was now time to plan for a post-civilisation society, stressing the transition would be much easier for long term viewers of ITV.