An in-depth analysis of every inch of Richard Madeley's body

RICHARD Madeley believes women’s bodies are fair game for his breakfast analysis, so biomedicial scientist Dr Eleanor Shaw is going over his physique:

Starting at the top, Madeley’s head sits at the zenith of his 6ft 2ins frame, and has the rare distinction of being an almost perfect oblong. His hair is Clairol ‘Goldilocks grey’, with thick tresses tumbling down his forehead like a wheel of cheese down a hill. His eyes are startlingly blue against the redness of his skin.

The Madester has brazenly dared to bare for Daily Mail paparazzi flying drones over his garden, so we know perky pecs give way to a modest paunch fully in line with the Dadbod trend. A hint of bicep reminds us that Judy is a lucky lady indeed.

Shy Richard has yet to pose nude on his Instagram, but leaked behind-the-scenes This Morning footage confirms that only raw masculine power lies beneath the GMB desk. A sprinkling of freckles on his upper thigh have never held him back professionally and only serve to humanise.

Frequent pedicures and a weekly foot-scrub ensure that Richard is at the top of his game at the bottom of his body. His face-down sunbed game ensure that the soles are as unsettlingly tanned as the rest of him.

Richard Madeley’s attention to his body makes him a credit to his profession. And he shouldn’t find this at all creepy or objectifying and should take it as a compliment.

'Hubba hubba', and other things you get away with saying if you have hot guy privilege 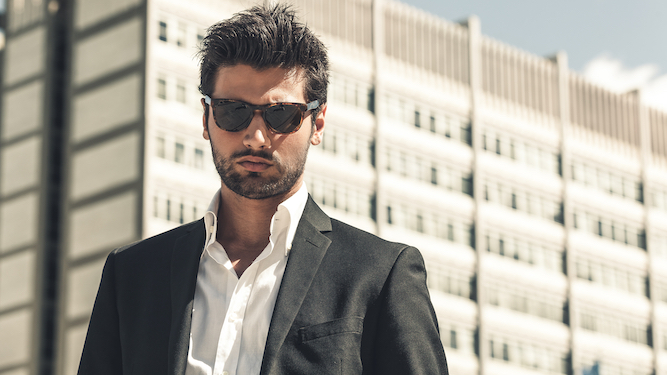 MEN know what they’re not allowed to say anymore and don’t – unless they’re got chiselled jawlines and great hair, in which case they still come out with these:

A smoking hot lady walks into a bar. If the bespectacled freak in the corner dared to vocalise this dated Hanna-Barbera cartoon slang, he’d be out on his ear. But if the male model leaning on the bar says it? It’s fun, retro, and on just the right side of ironic.

It’s the most cliched pick-up line of them all, but when it comes from a guy who’s never had to Google any others it doesn’t matter. It could be a nightclub, a bus shelter or a garden centre café, you’ll blush and be there every day next week to meet the hunk again.

No woman wants this childish reaction when she disrobes for a guy for the first time. Even Jim Carrey only used lines like this in The Mask. But the enthusiasm is appreciated, as are his deeply impressive abs.

‘What time do you get off, sweet-cheeks?’

Or, for the truly gorgeous guy who never gets challenged, ‘sugar-tits’. And sure, he could be the next Ted Bundy, but serial killers aren’t attractive and women know that so you give him your numbers and meet him at Spoons later. He’s an hour late but he’s six foot four.

Only someone with the charisma and looks of a young Clint Eastwood could make this not sound like a cold proposition to an escort. Instead, because boy got that hot privilege, he’s wittily cutting through that work-and-hobbies preamble to the good bit. You can worry about if it wasn’t a joke afterwards.