The embassy-trapped Wikileaks founder confirmed his psychic dream powers over the weekend by making Pamela Anderson arrive on his doorstep with a vegan salad box.

Assange said: “I’ve no idea how this started, but last week I had this dream where all these fucked-up clown things were running around with knives scared people in car parks.

“The next day it was on the news. I was like ‘ooh that’s trippy’.

“The following night I deliberately ate loads of cheese at bedtime and dreamed about a 25-year-old Baywatch star turning up with a juicy steak and a crate of delicious beer.

“That didn’t quite pan out exactly but I think you’ll agree it was close enough.

“Anyway I’m sorry to inform you that, based on last night’s dream, London is about to be destroyed by a massive lobster with penises for legs, but then Tom Selleck from Magnum PI becomes the new prime minister and everyone gets free bacon crisps.” 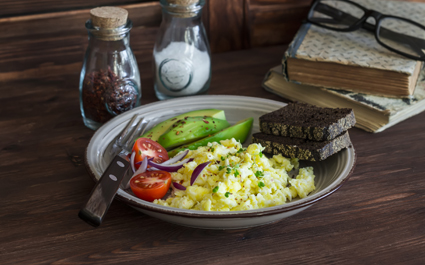 BRUNCH is a massive load of wank, it has emerged.

Researchers at the Institute for Studies found the so-called meal to be problematic on all levels.

Professor Henry Brubaker said: “There’s a lot that is wrong with the modern world and it can all be summed up in ‘brunch’.

“It’s for people who so desperately want to live in New York that they will eat a mulched avocado in the middle of the morning just to get that ‘Brooklyn vibe’.

“Avocados have their green putty-like taint all over this thing. They even bake eggs in them so it looks like a dinosaur’s eye gazing up at you and judging you as a lazy sod who should just get up earlier and have actual breakfast.”

Professor Brubaker added that Britain has had fry-ups for several hundred years, which can be eaten at any time of day while still called ‘breakfast’ and shit all over anything with herbs sprinkled on it.

Brunch fan Emma Bradford said: “I love to grab brunch with my ‘squad’ before we ‘hit up’ some shops. I have the ‘Manhattan Waffle Stack’ and I take pictures of it.”