DAVID Cameron has become a barista in an independent coffee shop until he gets his ‘head space’ together.

The former prime minister is working at The Human Bean in Shoreditch, while his wife Samantha pays the bills by designing executive pencil cases.

Cameron said: “It gives me time to work on my memoirs, which will focus on a widely misunderstood incident that happened when I was a student.

“And it fits in really well with my job at the National Citizen Service, because that’s just a couple of hours a week of total bullshit.”

However, it has emerged he is currently under a performance review after an order for an espresso and a chocolate croissant caused half of the cafe to collapse.

Cameron added: “Serving coffee is really hard because when people complain you can’t just tell them they should stand up straight and wear a decent suit.” 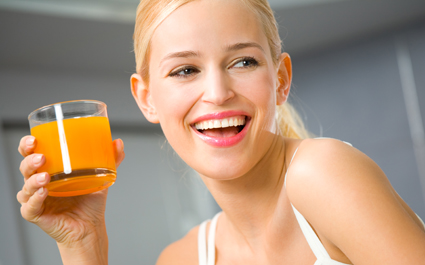 A WOMAN has more or less announced that she is pregnant by turning down the offer of alcohol.

Emma Bradford attended friend Donna Sheridan’s house-warming party where she basically confirmed she was expecting by asking for orange juice despite proper drinks being available.

Sheridan said: “I asked her if she was driving and she said ‘No’.”

“My next question may as well have been ‘Have you got any names in mind yet?’ Or ‘Do you know who the father is?’”

“But I thought I’d leave that as she and Tom are getting on a lot better now and I heard that guy in her work, Martin has moved to a different department, so he’s hardly even in the picture any more.”

Bradford added: “Why does everyone think I’m pregnant just because I’m not drinking? I should have just said I was doing Sober October or some shit like that.

“But none of my friends would have believed that for a second so yeah, fuck it, I’m pregnant, is that what you all want to hear?”