CONFUSING urges about Carrie Fisher have returned amongst middle-aged people after a 30-year absence.

With the Princess Leia actress appearing on chat shows while clearly not giving a shit, a groundswell of strong emotions have been reported across the country.

Martin Bishop, from Stevenage, said: “When I was 10 I’d imagine saving her from Jabba while she was wearing that bikini and she’d reward me by going for a Wimpy.

“As a middle-aged bloke I now imagine smoking a load of fags with her and getting shitfaced on gin before falling asleep together on the sofa, but the effect on my ability to concentrate is much the same.

“Neither of these are sexual fantasies as such, but there’s little doubt they’re coming from an understanding that I absolutely, definitely would.”

Force Awakens actress Daisy Ridley has been told she can look forward to being the subject of strong, unexpressed urges for the next 40 years and is considering giving it all up to live in a cave without an internet connection.

Women have also admitted to having feelings about Fisher, with many having had dreams where they shoot lots of stormtroopers together.

Sports Direct staff ‘were told outside world would kill them’ 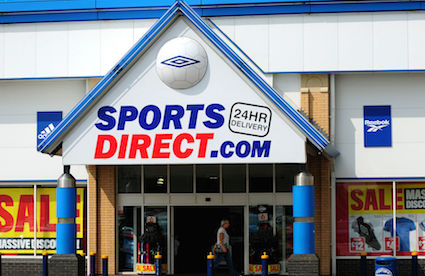 EMPLOYEES of Sports Direct were encouraged to believe the outside world was a toxic wasteland in which they would quickly perish.

An investigation by MPs discovered that staff thought low pay and oppressive working conditions were preferable to breathing poisonous air and being preyed on by mutated creatures.

Shop assistant Tom Logan said: “My manager said the ‘Time of Fire’ had destroyed human civilisation, so I felt lucky to be putting trainers on shelves for less than the minimum wage.

“I thought it was odd having to live in the shop, but when I heard about the giant cockroaches that dissolve your legs with acid, I was glad to be sleeping under a carrier bag with a football boot for a pillow.

“The customers going in and out didn’t make me suspicious because I was told they were government scientists who’d left their protective suits in their cars.”

Warehouse worker Nikki Hollis said: “Sports Direct are really strict about toilet breaks, but if I’d been forced to join a tribe of scavengers I’d have to use a radioactive hole.”

A Sports Direct spokesman said: “All our staff have read and agree with the company rules, or perhaps they’d rather take their chances with the mutoids in the Cursed Zone?”