THE mother of Catherine Zeta-Jones has been sitting motionless in a chair with her eyes and mouth wide open for the last 18 hours.

Patricia Jones entered a catatonic state yesterday after reading an interview with her son-in-law Michael Douglas in which the actor said his throat cancer was caused by licking the vagina of Mrs Jones’s only daughter.

A friend said: “We’ve been making loud noises, shouting her name and even blowing a bugle right in her ear.

“Absolutely nothing other than the occasional, very slight twitch in her left eye.”

The Mash guide to pulling a sickie 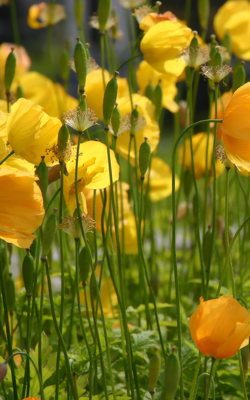 AS Britain basks in a brief spell of sunshine, work must be avoided by any means necessary.

With one week of sun forecast before Britain is plunged back into sodden, hopeless misery, there has rarely been a greater need to feign illness.

Here’s how to temporarily emancipate yourself from wage slavery:

Digits are easily reattached, so a quick slip with a sharp implement is a neat way to buy yourself a few days’ recuperation. But you need to sever a thumb, not a middle finger, so that you can claim psychological damage for feeling unevolved.

The best sickie is no sickie at all – the ‘Colditz’ approach is to book a room for a ‘meeting’ then dig your way to freedom.  Ideally you would have a pre-prepared tunnel, which is why forward-thinking workers have strategically placed rugs under their desks and leave the office every night with pockets full of soil.

Accuse a co-worker of trying to kill you

Write a handful of scrawled notes in crayon saying things like ‘You’re mine fucker – Richard in IT’ and ‘I’m going to eat your head in the sales meeting – Richard in IT (again)’ then take them to the police at lunchtime. Expect a short session of questioning followed by a free afternoon ‘for your own safety’. It’s best to finger someone pleasant and well-adjusted as the aspirant murderer, because psychopaths in films are always like that.

Get a senior management job

This requires some preparation – several years of flagrant self-promotion, backstabbing and generally obnoxious behaviour. But once you’ve inveigled your way to senior management you can blow out work when you feel like it. Just remember to turn up occasionally and give everyone a massive bollocking because that’s what you do.