Celebrities call for right to be remembered

FORMER celebrities are lobbying search engines to stop them fading into cultural oblivion.

Weird sibling band The Corrs, ex-TV chef Rustie Lee and lunchtime satirist Kate Robbins are among those demanding Google inserts data about them into searches for more contemporary celebrities.

Actor Jesse Birdsall, who played Marcus Tandy in Eldorado, said: We must not allow modern technology to erase the identities of the once reasonably prominent.

How do you think Sean Conlon from 5ive feels when he puts his name into a search engine and the first thing that comes up is a quantity surveyor from Denver of the same name?

Celebrities from the pre-internet era are at a particular disadvantage. Back in the 1970s, Jedward would have lasted about ten seconds on Junior Choice or Its A Knockout before they were hoiked off stage.

Cultural icons like Normski, Maureen Rees of Driving School and Home Alone 3 star Alex D Linz are in danger of being lost even as ironic references.

Please, allow them to keep the mild renown without which their lives will have been for nothing. 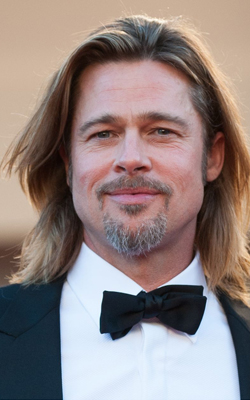 THE SEQUEL to Fight Club is about the lengthy administrative process necessary to make the club legal and profitable.

Fight Club 2, to be released as a graphic novel next year, follows Tyler Durdens attempts to gain tax-exempt charitable status for nationwide franchises of the underground organisation.

Editor Susan Traherne said: The first Fight Club was about redundant masculinity in a consumerist world, but the second explores loopholes in the US tax code around the administration of private recreational clubs.

We pick up the story with the Fight Club at an exciting crossroads from a logistical standpoint, struggling to file an income-tax application under IRC statute 501(c)7.

It turns out that the eight rules of Fight Club just arent sufficient to regulate a growing social organisation, and that the first two rules in particular are a nightmare when it comes to an audit.

Durden is forced to radically overhaul the way he runs the club after some members reveal they havent received any newsletters and missed the Christmas party.

Author Chuck Palahniuk has released a preview of the opening scene at an Annual General Meeting at which its discovered that last years minutes are incorrectly formatted, leading to the election of a new secretary.