CANADIAN songstress Celine Dion is the world's worst person ever, according to a new opinion poll.

Readers of Total Bastard magazine voted for Dion ahead of Hitler, Stalin, Vlad the Impaler and Richard Madeley.

Total Bastard editor Wayne Hayes said: "The cover version of AC/DC's You Shook Me All Night Long was a factor, but for the vast majority it was all about Titanic.

"Not only did it spend the best part of three years at number one, but now every fucknut in the Western world wants it played at their wedding, and their funeral.

"Perhaps it makes them feel important, or it's their way of telling the rest of the world how sensitive they are.

"What they fail to realise is that most people will leave thinking, 'it was all going really well until that fucking Titanic song came on – what a c**t'."

Hayes said that when the entire Dion back catalogue was taken into account, including crimes such as Think Twice and The Power of Love, the French-Canadian torturer made Stalin look like a little girl with a lollipop.

Back To The Brothel For Primark T-Shirt Kids 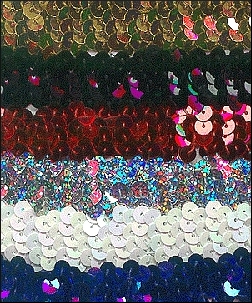 FORMER Primark child workers were last night back at work in the backstreet brothels of Calcutta after being rescued from a life of t-shirt embroidery by Western campaigners.

Julian Cook, a child labour activist, said the children wept with joy after being liberated from appalling conditions which saw them working at home all day with their mothers, sisters and brothers.

He said: "One little girl was so happy to see us taking her mother away she pummelled her little fists into my thighs and wept all over my trousers.

"Her brother was so overjoyed he chased after the police wagon shouting as it drove his mother off. I wonder where they both are now?"

He added: "I just feel so proud that they will never have to see a sequin again."

Child worker Amishi Amrapali said: "OK, it was not great job – it Primark not Vivienne Westwood – but we work together as family and have money to buy medicine for baby.

"Now I go work in brothel. It not all bad. I get own room when I am working, and I still get to do some sewing. It take my mind off."

She added: "Mr Julian come and see me most nights. He tell me when I old enough he take me home with him to Watford."