Cheryl Soldiers On Despite Being Dead

BRAVE X Factor judge Cheryl Cole has overcome her recent death with the aid of hooks and pulleys.

Producers said the plucky Girls Aloud star would have wanted to honour her commitment to the show and had always insisted that being dead would not prevent her from doing her job.

A spokesman said: “She had a vacant expression on her face, which obviously failed to ring any alarm bells. But then we noticed she hadn’t moved for about 19 hours and that’s when Simon decided to jab her in the thigh with a big fork.”

The production team quickly agreed the deceased singer would triumph over her deadness with the aid of almost-invisible wires, Hellraiser-esque hooks and a team of enthusiastic puppeteers.

The spokesman added: “X Factor is all about people overcoming adversity in pursuit of their goals, whether you’re a thickset virgin with cheap shoes and hedgerow pubes or a recently deceased corpse.”

Audience member Tom Logan said: “Cheryl did brilliantly, you could scarcely tell anything was wrong, though her head did keep lolling back and forward until they got the hang of it.

“‘Being dead did not affect her repertoire of one facial expression – the slightly concerned aspect of a five-year-old who’s just licked a cat’s ear for the first time and isn’t sure if it tastes good or bad.”

Logan’s wife Jane added: “She was fantastic, though there was a slight smell of physical degeneration and a few more flies than one would ordinarily expect.” 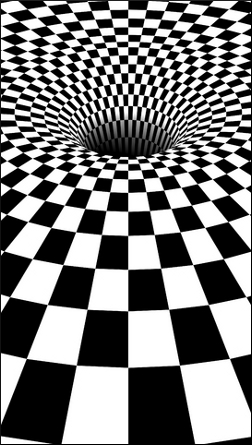 THE lunatic fantasy world of Newcastle United supporters has started to manifest itself in this dimension after the club’s 6-0 win over Aston Villa.

Last night the city had begun to morph into a fascinating, cosmopolitan metropolis full of actual humans as the ripples of temporal instability spread throughout the North East.

Quantum footballologist Wayne Hayes said: “The immense pressure of decades of groundless expectation has finally caused a tear in the time/space/football continuum.

“The win over Villa escaped from a self-perpetuating quantum dimension known as the Benitez Zone, in which up is down, black is white – which actually makes the Newcastle kit look exactly the same – and where Andy Carroll isn’t just eight foot of greased monkey.”

The effects were first felt when a fan outside St James Park asked a hotdog vendor if they served salad. By late afternoon the shockwaves had spread so far that Sir Alex Ferguson was seen being gracious in a postmatch interview at Fulham.

But Hayes stressed that Newcastle was still connected to a ‘universal reality’ with the confirmation that Joey Barton continues to be a little shit.

He added: “After a sensible period of stabilisation and a promising start to the season, the fans will soon be asking for Chris Hughton to be replaced by Catherine Cookson and they will all be sucked back through the wormhole, like a Geordie eating his breakfast Pot Noodle.”