Chris Martin’s dad a bit too keen on Jennifer Lawrence

65-year-old Roger Martin said: I thought Jennifer Lawrence was very good in The Hunger Games, and she’s quite an attractive girl too.

I mean I liked Gwyneth and she had lovely golden hair, but ‘up top’ she was like two raisins on a board. No offence.

Jennifer seems much more chilled out. If she came to stay she would probably just spend the weekend in her bra and pants, leaning out of the window smoking and occasionally twisting her hair around her finger in a womanly way.

He added: Between you and me I think Chris is punching above his weight.

However Chris Martins mum Mary Martin said that she thought Gwyneth was very nice indeed, and confirmed that she would always be a right bitch to Jennifer Lawrence.

Middle classes ask if they can stop shopping at Aldi now 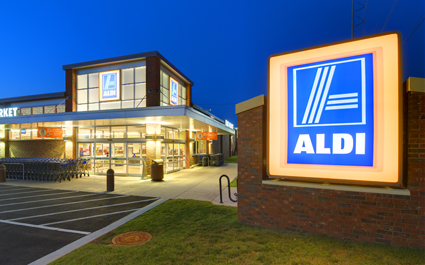 THE middle class shoppers who switched to budget supermarkets are wondering if they can switch back soon.

In recent years millions of people who think of themselves as Sainsbury’s, or Waitrose on a good day, were forced to delve into an underworld of imaginary brands and tattooed shop assistants.

Chartered surveyor Julian Cook said: “It was a bit of an adventure at first, like travelling to a parallel world where we lost the war and Moser Roth is a leading name in chocolate.

“How we laughed to see fisherman’s waders and Albanian camping stoves racked next to peanut butter! What larks!

“I look back at photos of ourselves from 2000, wearing our Next clothes, faces round from M&S puddings, and barely recognise the children who now dress in Primark rags, fighting over who gets to lick the butter paper.

“God help me, even Lidl is beginning to seem too expensive. I find myself drawn to Farmfoods.”