NOVELIST Martin Amis has claimed that Jeremy Corbyn just isn’t likeable in the way that he is.

Amis believes the Labour leader is under-educated, humourless and most importantly lacks the friendly charisma that the chirpy 90s writer has in spades.

Amis said: “I’m not one to brag, but everyone likes me. I’m just a warm presence.

“Likeability was actually a subject at my fancy school, and I excelled at it, much as I did at everything. I just light up a room with my friendly open face and happy-go-lucky everyman charm.

“I’m like the Fonz or a popular Disney character.”

Misogynists ‘must get consent’ before speaking 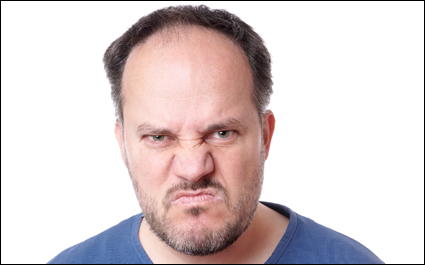 MISOGYNISTS will be required to get consent before boring people with their predictable anti-women opinions, the government has announced.

Anyone wishing to discuss topics such as ‘feminazis’ and men being turned into second-class citizens will have to first make sure other people have agreed to it.

A government spokesman said: “From now on misogynists must obtain consent to launch into tired rants about biased family courts, women committing domestic violence too, or entirely imaginary situations such as feminists demanding 50% of the SAS is female.

“If consent is not given they must immediately shut the fuck up. ‘No’ means ‘no’.”

“Also I’m sure my son isn’t being ‘feminised’ by female primary school teachers, because mainly he seems to be learning to draw bloodthirsty pictures of stick men killing each other.”

However misogynist Roy Hobbs said: “Fortunately there’s a place where I can still discuss how dreadful women are, which is called ‘the entire internet’.”