YOU should be like this eerie 40s-style family, it has been confirmed.

Following the completion of their household by a less significant female child, the Cambridges became the national template for a perfect, slightly creepy life.

A government spokesman said: ““On the surface it couldn’t be more idyllic but there’s also something deeply and instinctively unnerving about it all.

“Dad does a manly job, wears v-neck jumpers and doesn’t fret about male pattern baldness, mum dotes on the kids while wearing a frightened rictus grin.

“For entertainment, they sit around listening to patriotic hymns on an old Bakelite radio while their vaguely demonic toddler son pushes yet another nanny down the stairs.

“Anyway, that’s how you should be.” 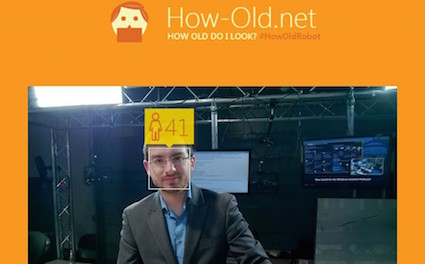 THE Microsoft website which tells you how old you look is thoroughly enjoying your horrified reaction.

How-Old.net was set up by the company as an act of revenge after everyone switched to Firefox and Chrome because Internet Explorer was awful.

The site tempts people in with a ‘fun little experiment’ before telling them they look at least five years older than they really are, leaving them in a heap of shattered delusions.

A spokesman said: “You look like your grandparents and no-one will ever want you.”

Evidence suggests that even those who still use IE are also being toyed with cruelly as Microsoft just assumes they own an Apple product.

The spokesman said: “What happened to loyalty, you puffy, baggy-eyed mess?

“Not really, just kidding. You look very distinguished, like Dumbledore or Angela Lansbury.