THE Dalai Lama has claimed that he is not bothered about getting 50,000 likes for his last Facebook post.

His Holiness said the comments appealing for world peace just came to him in the bath and he’s not even arsed how many people liked it because he’s a Buddhist.

He said: “It’s nice that people are into it but it doesn’t really matter, does it? I wasn’t even bothered when I met the Beastie Boys.

“I’m more into meditating on the impermanence of all things than getting ‘thumbs up’ emojis on social media.

However a source close to the Dalai Lama claimed: “He’s full of shit. He’s always googling himself and is made up when people like his updates.

“I got 150 Likes for passing my driving test and I was made up with that, so I am not having it that he’s not chuffed about getting over loads for some stuff he cut and pasted.”

Woman cannot be arsed to have a baby 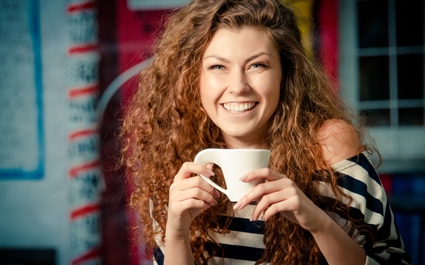 A WOMAN has decided against having children because it is loads of hassle.

Eleanor Shaw, 31, thinks the world has enough people without her adding more and wants to do fun stuff instead.

Shaw said: “I’ve just never been that arsed about having a kid, in the same way I’ve never been that bothered about stamp collecting. I’m not against it, I’m just not into it.

“I’ve tried to explain this to my friends who have got kids, but they seem to think that admitting I’d rather spend all my spare cash on posh cheese and holidays is similar to saying I like to kick puppies for fun.

“I’m not obsessed with my career, I haven’t got some dark secret and I’m not interested in writing a blog about my difficult choices. It really just comes down to the fact that I just can’t be bothered.”

Friend Nikki Hollis said: “My children are the most wonderful beings on earth and the light of my life. Except when they’re exhausting little shits, of course.”