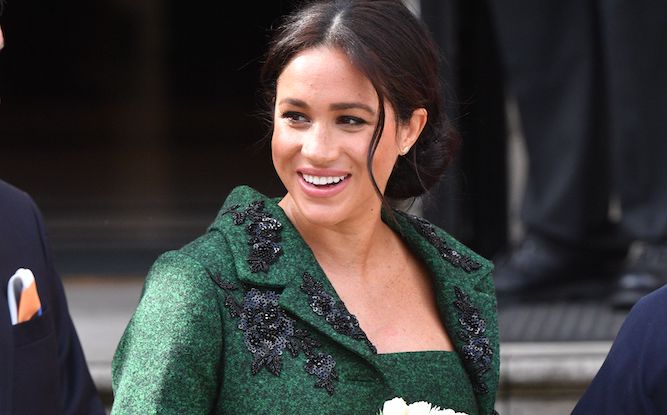 THE Duchess of Sussex has surprised the media by calling a press conference then whipping a cushion out from under her jumper.

Meghan revealed that her entire pregnancy had been nothing but a trick played on weirdos creepily obsessed with Royal babies, and asked for acknowledgement that it was funny as fuck.

She said: “Stringing everyone along by sticking increasingly larger cushions into my outfits has been hilarious for months, but I guess it had to end sometime.

“What is wrong with you people? If you paid as much attention to the state of the country as you have to whether I’m calling my baby Diana or not, it might be a less shit place to live.

“Yeah, the Queen was in on it. She reckoned she deserved a laugh at the public’s expense after all the embarrassment of the Brexit referendum. She’s actually thinking of chucking Great Britain out of the Commonwealth.”

"By the way, if I did have a baby, I'd call it Madison or Ryan or something. That would shit you all up, wouldn't it?”

Meghan then threw the cushion into the crowd, where the Daily Mail caught it and decided to do a 24-page souvenir supplement about it regardless. 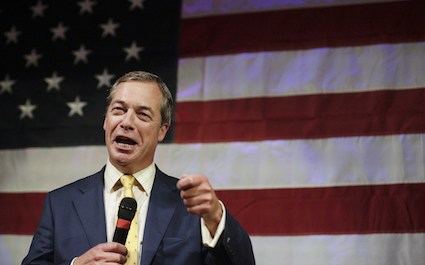 YOU’VE been looking for an excuse not to go to France or Italy and now Brexit has made the decision for you. You’re welcome. But, if you insist on leaving Britain, where to go instead?

Dubai
The weather’s always good, plus, anywhere built on slave labour has the comforting whiff of home.

Russia
Those nice Russians showed such an interest in Salisbury Cathedral and its 123 metre spire so it’s only fair we return the favour.

China
Thanks to Brexit they’ll soon have access to our holiday snaps anyway, so you might as well cut out the middleman.

Walt Disney World
If, for some reason, you secretly want to go to France after all, Disney World has that little Eiffel Tower. Isn’t France lovely without the French?

Trump golf resort
Perfect for people who like things to be ‘high class’. The bathroom taps are gold-plated and there’s a picture of President Trump on the bedroom wall. I go there a lot.

Narnia
Not the warmest, but you’ll have the sense of really being abroad. And it has a unicorn.