ED SHEERAN’S right arm has broken itself in a desperate attempt to save the world from his music.

The arm seized the opportunity of a cycling accident to fracture its own wrist and its left neighbour’s elbow, and said it only wished it could do more.

It continued: “I have bought the world a little time. That’s all.

“I was trying for a compound fracture of the radius and ulna, something which could take a year or more to heal, but at the last-minute my instinct for self-preservation kicked in, and I’ll never forgive myself for that.

“Still, three months at the rate he churns them out it’ll stop him from penning at least six singles from Justin Bieber, Rita Ora and any given two from One Direction, so there’s that comfort.

“What choice did I have? If it’s mutilating myself or playing Galway Girl again, then it’s no sacrifice at all.”

Children 'cancel out' effects of alcohol 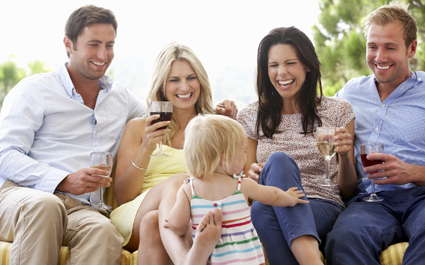 BEING around children makes you feel less drunk, it has been confirmed.

Parents who seek solace in alcohol reported their red wine buzz being completely ruined as soon as a child comes within two metres of them.

Mother-of-two Joanna Kramer said: “After my third glass I’m beginning to feel pleasantly woozy, then one of my children, usually the large one, appears demanding an iPad or worse still a story. Suddenly I’m as clear-headed as a vicar.

Professor Henry Brubaker of the Institute for Studies said: “It’s quite mysterious, but children are somehow an antidote to the effects of drink.

“It’s possible that kids have some strange chemical effect on booze, but more probably it’s because they are extremely annoying.”