EX-EASTENDERS character Nigel Bates is among the early favourites to represent the UK in this year's Eurovision Song Contest.

The loud-shirted video shop manager and lovable loser finds himself up against five rival acts, including this year's 'indie' darlings, The Shitters.

Bates will also face stiff competition from the girl that got off with Anna Friel in Brookside, as well as the fat, ginger lad who played Pongo, or possibly Pogo, in Grange Hill and that curvy woman with the rosie cheeks and welcoming breasts who played Christopher Timothy's wife in All Creatures Great and Small.

Girl groups Gusset and The Weird Flaps are also in the running, along with a pair of semi-final winning Marti Pellows from the 1994 and 1996 series of Stars in Their Eyes, who will perform as Bros impersonating Robson and Jerome.

Wayne Hayes, the leading music critic, said: "Bad Botty by the Weird Flaps is my own personal favourite, but I also like Nigel's ballad about the death of his screen wife Debs and subsequent  custody battle for his adopted daughter Clare with Deb's violent and abusive husband. It's called I Miss You So Much I Can't Shit."

This year the six acts are divided up into four houses, Pippin, Cox, Pendu Plat and Gravenstein.

After each performance a panel of three judges will name four acts as 'house master', two of which will be trumps, unless either has already played their three of clubs.

In the event of a tie the acts go into a play-off where they all sing their songs at the same time and whoever finishes first is the winner. 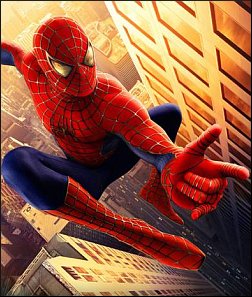 PRINCESS Diana led a secret life as a super-hero who was able to scale buildings and shoot a web-like material from her wrist, Harrods owner Mohamed Al Fayed claimed today.

Giving evidence to the inquest into Diana’s life, Mr Al Fayed said he was the only one who knew about the Princess’s crime-fighting alter ego.

He told the court in central London: “She phone me up and say, ‘Uncle Mo-Mo I am the Spideryman, I solve many crime’.

“She say I must tell no-one. She say she use spidery sense to uncover plot by dirty Greek Philip bastard to blow up Alton Towers.”

He added: “I tell her for many year I am suspecting she the Spideryman. She very agile girl with good legs who know right from wrong. It all add up.

“I tell her my people make her new Spidery-suit with matching accessory. Very nice. Good quality.

“Later she give demonstration at my home. She dress up in suit and fire web at bar stool.

“Then, all of sudden, she disappear. We search every place and no find her. Then we look up and there she is – on ceiling!”

Mr Al Fayed insisted the Princess and his son Dodi planned to marry and have seven children who they would teach to sing and dance.

He added: “It be like Sound of Music, except on yacht.”