Five other things I saw coming but didn't stop, by Prince Harry

CAPITOL riots, January 7th? Called it mate. I also predicted these events but decided to just let them happen:

It’d been over a century since the last pandemic, so it was obvious. I prepared by quitting Royal life to distract everyone while I hoarded bog roll and sent a stern email to the Wuhan Institute of Virology. Did they listen? Did they f**k.

While everyone fretted over which way the referendum would go, I confidently predicted that 52 per cent would vote leave then cracked a can to toast my magnificent foresight. When the officials finally declared the result, I merely raised a condescending eyebrow and said ‘Took your time.’

The ending of every Jonathan Creek

His powers of deduction might impress you, an idiot, but I’m of regal blood. Creek’s what my thought processes are like on a hungover Tuesday. Within five minutes of it starting I’ve figured out the fiendishly clever solution and told Meghan. And she’s, like, ‘Wow’.

I was no more than ten years old when I told Dad that we were destroying the planet and had to get all nations to sign up to only a one degree rise in temperature by 2040. 27 years later, they’re finally acting on that while acting like it wasn’t my idea all along.

Marvel’s Eternals being a commercial flop

Marvel is an unstoppable cinematic powerhouse that churns out hit after hit, right? Hah. I emailed the producers warning them the source material was weak and you can’t pack that many characters into one movie. They didn’t listen. And I basically am from a family of immortal super-powered being protecting humanity at all costs, so they should have.

Outrage as NHS staff asked to believe in medicine 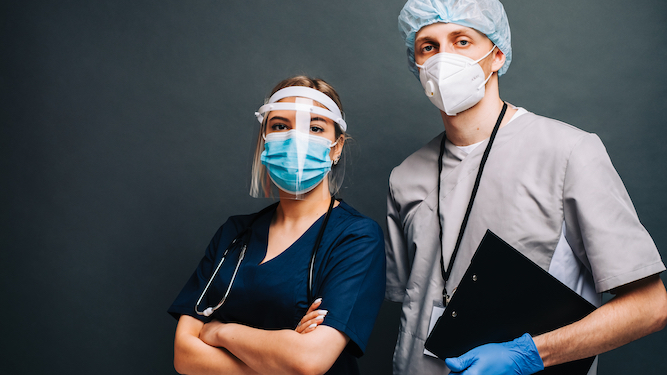 OUTRAGED NHS staff are threatening to quit after being asked to believe in the efficacy of medicine to prevent disease and illness.

Frontline health workers told they must get vaccinated to protect themselves and their patients have reacted angrily to the idea that modern medical science has anything to offer.

“But just because I do it doesn’t mean I have to believe in it. That was never part of the job. They don’t make a New Look worker have total faith in the clothes they sell, so why is this any different?

“I’m not some credulous idiot. I’m a highly-qualified professional, so when I see the largest vaccine programme in history protecting hundreds of millions from Covid, I think ‘I wonder what Jeremy Corbyn’s brother thinks about this?’

“Personally I prefer to keep an open mind. Do people admitted to hospitals and treated by doctors get better? Yes. Could that just be coincidence? Yes also.”

Steve Malley of Leatherhead said: “Makes sense to me. I’m an electrician and I don’t believe in electricity. Never seen it. Doesn’t exist.”