The Brexiter's guide to the coming trade war with the EU

THERE’S a trade war on the way, and it’s going to be brilliant. Norman Steele explains how we will bring the Hun to his knees by not selling him pork pies:

We won the war last time

Technically two wars, but the films about the first one aren’t as good. Gleefully tell everyone you’re looking forward to a Christmas of tinned spam, power cuts and evacuating to the countryside. If you’re gifted Brussels pâté burn it in the garden so the world knows you’re no Quisling.

A trade war is a dry business of raised import tariffs, but don’t let that stop your imagination from going wild. Scare strangers buying Danish bacon in Morrisons by angrily accusing them of collaborating with the enemy and threatening to report them to military police.

Conscription is sadly not part of a trade war. But you’re battling every night on social media, so invest in a smart uniform like Our Boys for sitting on your arse bashing your keyboard day and night: joggers, a fleece and a T-shirt with a Union Jack emblazoned across it.

Have no doubt England will win

You’re not exactly sure what a ‘win’ involves, but confidently claim the plucky, determined English spirit will vanquish the enemy. Forget the Scottish, Irish, Welsh, Americans, Russians and every other nation that was involved in our most recent victories. They don’t count.

A trade war is no Saving Private Ryan, so you’ll be desperate for real action. Wind yourself until you invade your local Lidl to liberate the shoppers from the clutches of shadowy German wholesalers. You’ll end up on the local news as a hero, maybe. 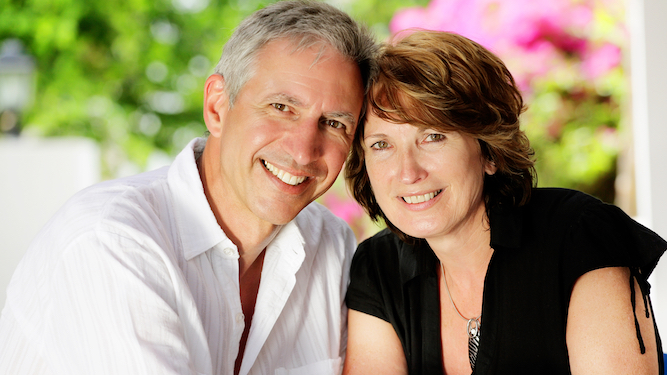 WOMEN of 40 or over are more than two decades older than men of 40 and over, the media has confirmed.

Sources clarified that any woman born after 1981 was so old she would be best advised to retire, while men of exactly the same age are in their prime.

Daily Mail showbusiness writer Lottie Phelps said: “A man unfurls from his chrysalis slowly, building through character actor roles in his 30s to name-above-the-title when he hits 40. It’s wonderful to watch.

“But for women it’s different. They emerge into the world in their teens and enjoy two marvellous decades of hotness before withering into faded crones only fit to play villains.

“Don’t worry, we’re still amazingly supportive. If a woman is still hot and 40, we’ll put her in the sidebar pointing out this incredible, age-defying display.

“Or if a woman in her 40s is dating a man in his 40s, we’ll do a big piece about what a great, charitable guy he is for going out with her instead of a 22-year-old bikini model. So we’re doing everything we can.”

Emma Bradford, aged 43, said: “Thanks, the patriarchy, for acknowledging we exist. Have you met any fat, bald, whining, ordinary blokes in their 40s? They’re pretty f**king far from Tom Hardy.”