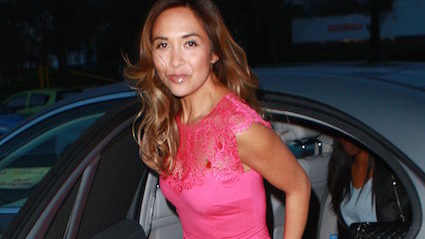 A COURT has ruled that GCHQ illegally spied on private emails but, unlike Myleene Klass, did not share them with 460,000 followers on Twitter.

The spy agency has yet to find out how it will be punished, though it is unlikely to become a playground pariah never invited to a birthday party again.

Judge Hatton said: “By monitoring and flagging for interest tens of thousands of emails without warrant, GCHQ knowingly broke the law.

“However, I accept its plea for mitigation that it did less damage to society than former Hear’Say singer Myleene Klass, who revealed private communications with blatant disregard for her childrens’ desire not to be given swirlies and Chinese burns.

“I therefore rule that GCHQ should expect to pay a fine likely to be substantial, and that Myleene Klass should be transported to Guantanamo Bay.”

Klass responded that paying £10 for a present rather than re-gifting was a matter of conscience that she had a duty to inform the British people about, and has applied to Russia for asylum.

Diego Costa knows song that will get on your nerves 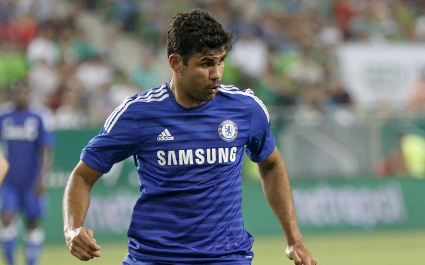 CHELSEA striker Diego Costa knows a song that will get on your nerves and is happy to demonstrate how it goes.

The former Atletico Madrid striker has scored 17 goals this season, thanks to defenders being too irritated to mark him for longer than eight minutes at a time.

Swansea defender Ashley Williams said: “When we played them, he sang it over and over again while jabbing his elbow into my ribs on the downbeat.

“I might not like what Costa’s doing, but I have to admit he’s very good at it.”

Retired professional Bill McKay, aged 66, said: “In my day, we didn’t have songs that got on people’s nerves. Songs that got on your nerves were a foreign thing, like diving, spitting and the three-pass move.”

“When I marked Stanley Matthews in 1959, he sang Abide With Me in a lovely velvet baritone. These days they mostly do DJ Otzi and that one about Amarillo. Where’s the respect?”

Jose Mourinho said: “It is a lovely song. I hum it often to myself in the technical area, especially when we’re playing Arsenal.

“And Diego also knows the song in Spanish, French, Portugese, German, Italian, and the Slavic languages.