The Wham! legend, who has a chequered motoring history, was seen reversing his Range Rover into a spot described by onlookers as “tighter than a cat’s arse”.

27-year-old bystander Nikki Hollis said: “We were all like, ‘that’s George Michael, he’s going to fuck it up cos he’ll be off his nut on skunk!’

“Credit where it’s due though, he slotted in it perfectly and his tyres were like an inch from the kerb. Maybe he’s only good at driving in reverse.”

Yahoo! annoyed by lack of interest in its tax affairs 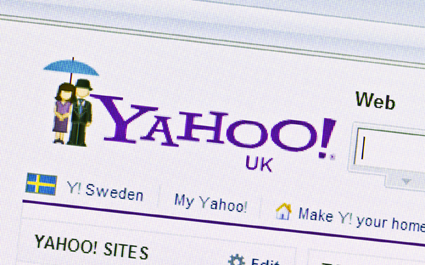 Yahoo! is increasingly frustrated at the lack of any government investigation into its tax payments.

A company source said: “Everyone’s all ‘Google’s evading this’ and ‘Apple’s not paying what’, but what about good old Yahoo!?

“For all they know we could be running some awesomely creative tax scam, ploughing our vast profits into offshore Jurassic Park-style dinosaurs islands. Or just giving all our tax money to terrorists, really bad terrorists.

“We’re available for questioning most days.”