Britain to be physically removed from Europe

BRITAIN is to be detached from the Earth’s crust and moved away from Europe.

A government spokesman said: “Britain will be free to position itself wherever it pleases on the globe – in the North Pacific, closer to our future overlords the Chinese, or across the Atlantic closer to the USA if that’s still the country to suck up to.

“We can just follow the money. We’ll give the other home countries a choice – Scotland can just be this irrelevant, decapitated head in the middle of an empty ocean and if it wishes, Wales can be a stump lording it over the Isle Of Man.

“The new, free-floating Britain will also prove more elusive to immigrants. If they want to come here, they’re going to have to chase after us for months.

“We’ll slow down,  let them think they’re catching up, as we round the Cape Of Good Hope, then just when they think they have, we’ll speed up again.”

New Xbox will revolutionise sitting on your fat arse 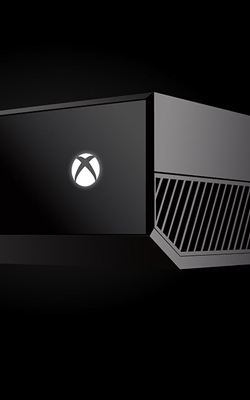 MICROSOFT’S Xbox One heralds the dawn of a new era in sitting on your fat lazy backside.

The sleek machine integrates games, on-demand TV and web chat in a package that is being described as ‘ a game-changer for the arse-sitter’ and ‘the pinnacle of inertia’.

A Microsoft spokesman said: “This console combines literally everything you can do while your buttocks are attached to a sofa.

“It redefines what you thought you knew about being slumped listlessly in front of a screen.”

Full-time chair warmer Stephen Malley said: “This is the excuse to be seated my flabby buttocks have been waiting for.

“The voice recognition technology allows me to communicate with the screen, issuing commands like ‘watch TV’, ‘open Internet Explorer’ and ‘get crisps’.

“There’s also a Kinect sensor that allows me to control games with my body movements. Probably I won’t be using that too much.

“Around the world, a lot of arses are going to be seated for a very long time, all because of this beautiful little box.”

However blogger Roy Hobbs said: “Why is there no feeding tube attached to the console, or built-in catheter? It’s high time we had a device that sucked in our urine and recycled it as a life-sustaining vitamin drink.

“Also I want to be a playable character in my favourite TV channels, most notably Babestation.

“I am as inexplicably furious about this piece of technology as only someone with an utterly empty life can be.”