FORMER president George W Bush has picked up his iPhone, looked at the caller, returned it to his pocket and continued his round of golf.

The retired politician, who was president between 2000 and 2008, was then seen staring into the middle distance and grimacing before jovially returning to his game.

Caddy Wayne Hayes of Dallas said: “The guys he was playing with were like ‘If that was the wife, you’re in trouble,’ and he was like ‘Naw, dude I used to work with.’

“Then he said ‘You know when you work with a guy, and you get on great, but then somehow he gets the idea you’re buddies outside of work and you’re like uh, maybe not?’.

“‘We had fun back in the day, tore up some shit, but he keeps calling even though I ain’t answered in eight goddamn years, can you believe that?’

“One of his partners said ‘You sure this ain’t a chick, Dubs?’ and Bush was like, rolling his eyes while they all laughed.

“After that, he dismissed it from his mind and finished the round. Beat his handicap by three. Had a pretty good day.” 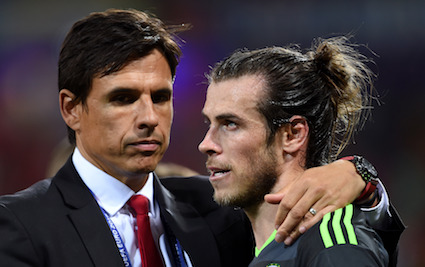 WALES’ plucky performance in the semi-final of Euro 16 has reminded England fans that their team was not even remotely plucky.

Wales lost 2–0 to Portugal last night but gained many fans for their brave, plucky attitude and plucky, spirited team effort.

England fan Norman Steele said: “Let us remember that the England team were not brave or plucky and they didn’t put any effort in. At all.