Ghost of Blair ordered back to the netherworld

THE Archbishop of Canterbury is to exorcise the unquiet spirit of Tony Blair that is haunting the election, he has announced.

The apparition of the former prime minister continues to appear across the media and even in voters’ homes, exhorting them to return to the centre-right so he may rest.

Archbishop Justin Welby said: “We have been troubled by this spectre for long enough.

“He demands we rediscover his legendary ‘Third Way’ so he can depart this plane forever, but frankly none of us really knew what that was in the first place and it’s too much trouble so we’re doing an exorcism.

“Once we’ve lit the candles and said the Latin his wraith will be torn from our world into oblivion, with only a final cry of ‘I won’t apologise for deposing Saddammmmm’ left echoing in our ears.

“Hopefully it’ll be a lesson to other ex-PMs to shut up and stay dead.”

Gordon Brown said: “After I lost the election, I went straight to Hades and have remained here. 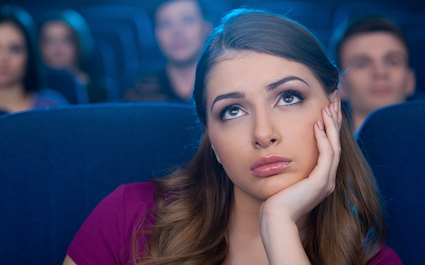 A WOMAN who had never been to a musical before had no idea they were quite so awful, she has admitted.

Eleanor Shaw of Birmingham visited Billy Elliot The Musical with friends expecting to enjoy it, and instead suffering one of the most tedious ordeals of her life.

She said: “They sing the story at you. It’s really weird. Like if suddenly everyone started singing about changing the ink cartridge in the printer while dancing around the office.

“They really spell it out, too. If there was an Alien musical Ripley would be belting out ‘I am Ripley, here on the Nostromo/ Deep in space, on my way home-oh.’

“The oddest thing is that I can’t remember a single one of the songs. Maybe they wipe your memory on the way out so you don’t remember how crap it was and tell your friends to go.”

West End impresario Mary Fisher said: “Eleanor has unfortunately stumbled upon our little secret that musicals are for people who don’t like music and Japanese tourists ticking off things to do.

“We can’t let that become public knowledge. We’ll have to jack up ticket prices.”