Guy Ritchie To Scam Madonna Out Of 500 Grand

GUY Ritchie has refused a divorce settlement with Madonna and is instead planning to scam her out of '500 large' with the help of his Cockney mates.

One friend said: "The set up is so simple, it's genius. First Jason 'accidentally' bumps into Madonna at the gym when she's boxing Gorgeous Geoff, the gay Romany fish monger.

"He lets slip that Ray Liotta is planning a diamond heist, but in fact he's running a tyre factory that's really a front for a Bangladeshi heroin co-operative.

He added: "Suddenly, there is an enormous shoot out and everyone dies, apart from Robert Downey Jnr who is last seen driving away in an open-top Ferrari laughing like a madman.

"Then Leslie Phillips, whose been posing as 'Gary the Gent', kills Madonna with an antique rowing machine and Guy gets all the kids, except the black one, which he gives to Bono for a briefcase full of diamonds."

India To Build Hospital On The Moon 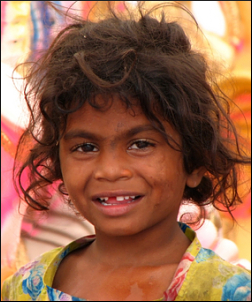 INDIA is to build a state of the art, multi-million dollar hospital on the moon.

A $10 billion rocket containing $1 billion worth of concrete and shovels blasted off this morning in what the government described as a 'great day for Indian healthcare'.

The lunar project will include a 2000-bed hospital and a gigantic warehouse filled with penicillin, as well 500 primary schools and thousands of disease-free public lavatories.

A government spokesman said India now hoped to become the first nation without indoor plumbing to land a man on the moon.

Charlie Reeves, a backpacker, said: "One of the first things you notice about India is all the cholera you get every time you go for a dump.

He added: "Who knows? Maybe one day one of these starving untouchables will grow up to become a spaceman."

Meanwhile, a spokesman for Save the Children, said: "Well, this is going to help us enormously."