Harry and Cressida split after she stumbles across ‘The Room’

PRINCE Harry has split from girlfriend Cressida Bonas after she accidentally entered the special room at Kensington Palace.

Friends say the split is amicable, but it is understood the young socialite is currently at a secret location in Hampshire and will take at least three years to return to normal.

A source said: “They were having a lovely time together. The would snuggle and laugh but then Harry’s expression would change very suddenly and he would say ‘do not enter the room’.

“Cressie had no intention of doing so, but she woke up in the middle of the night and went for a wander until she came to a door, behind which she could hear cruel laughter and a terrified voice pleading ‘no, no, no’.

“She opened the door to see all of them – including that Autumn Phillips – pointing crossbows at a naked little Welshman standing on a bucket.

“She screamed, they turned and stared at her and then two Grenadier Guards appeared from nowhere and injected her in the forehead with a potent sedative.”

The source added: “It’s a shame because they would have made such a perfect couple if she’d been willing to take part in the rituals.

“Or at least not scream like that until everyone had finished.”

Stephen Hendry to go outside 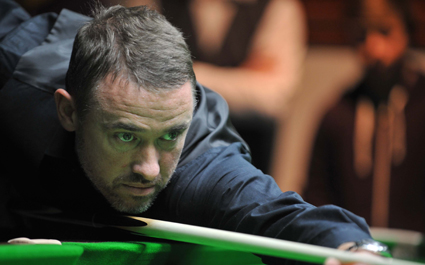 SNOOKER legend Stephen Hendry has revealed plans to venture outdoors for the first time in his adult life.

The seven-time world champion was raised by umpires after being abandoned as a baby on the fire escape of a snooker hall.

Since then he used underground sewer tunnels to travel between match venues before finally retiring to a makeshift dwelling underneath a snooker table.

“The snooker authorities tell me I have earned my freedom. Now I may go beyond the doors, where I understand my winnings can be exchanged for clothes, food and even a house.”

Hendry admitted feeling a mixture of excitement and trepidation about his planned  venture into ‘Skyland’: “They say the sky is as blue as the blue ball and fields as green as the green ball. A floor not coated in a dull grey carpet but with a material called ‘stone’.

“I am especially interested to discover flowers, which I understand smell of something other than decades-old cigarette smoke.”