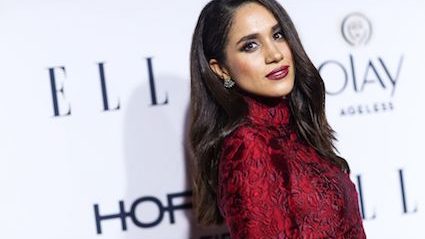 PRINCE Harry has asked girlfriend Meghan Markle if she’d like to be the subject of future speculation about her mysterious disappearance.

The handsome prince popped the question over the weekend, asking the actress how she’d feel if some American cable channel made a 2021 documentary called The Meghan Mystery: The Illuminati Factor.

A palace spokesman said: “After several years as a couple, Harry felt it was time to make her ultimate fate official.

“He held Meghan’s hand and asked her if she’d like to begin the chain of events that will lead to her unexplained disappearance from a hotel room in Vienna.

“For decades to come, books will be written and straight-to-Netflix documentaries made about that night and why the concierge appeared to have a walkie-talkie under his desk.

“There will be many years of speculation that she was spotted in Amsterdam, Australia and on a Mars colony, but the real truth will remain elusive.

“Anyway I’m sure she’ll wear a smashing dress and you people will love it.”

Things to do when you absolutely cannot avoid being in Birmingham 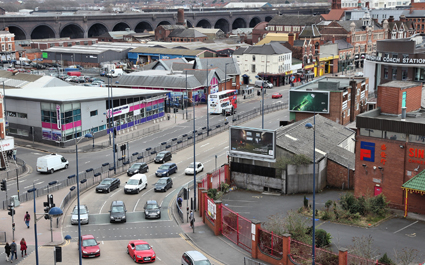 HERE’S what to do in Birmingham when circumstances unfortunately force you to spend some time there.

Birmingham sits somewhere in the middle of the country, poised to drag the unwary traveller into its vast, gaping maw of tedium. Try as we might to avoid the place, sometimes events beyond our control mean we have to spend a few hours there.

Here’s what to do during those bleak, non-refundable hours.

Take in the ‘traffic light show’ on Broad Street
Grab a seat on a bench and watch these mesmerising traffic lights, set at intervals of roughly 50 yards from each other, change from amber to green then amber to red, just out of sync so that they deliberately create traffic congestion.

Trolley-spotting in the canal
Birmingham’s waterways are a treasure trove for trolley spotters, who flock to the city in search of semi-submerged rare trolleys. Look out for the seldom spotted  ‘Safeway 404b’ model from 1994, with blue rubber wheels and extra-wide child seat, considered a masterpiece of trolley engineering.

Attempt the Greggs Crawl
Experience the chain as in no other city, with branches every 30 yards along main precincts. The world-famous ‘Greggs crawl’ involves eating a sausage roll, steak bake and custard slice in each outlet while ignoring crushing chest pains. Did you know the local dialect has 40 different words for ‘pastry’?

Visit the Spaghetti Junction restaurant
Situated near the famous motorway system, this restaurant sells a range of foods, though not spaghetti, which is considered too exotic.

Admire the pointlessly fenced-off large patch of scrubland
Protected by high railings from all sides, this site is valued at 8p per acre. However only local celebrities have the key for the rusty padlock, which unlocks the gates to commanding views of some of Birmingham’s finest loading bays.