Hurley to decapitate warne after intercourse

LIZ Hurley has announced the imminent closure of her relationship with Shane Warne.

The novelty actress confirmed that once she has mated with the legendary Australian spin-bowler she will kill him by piercing his abdomen with one of her extended claws before tearing his head off.

Hurley said she would eat part of him immediately and then devour the rest at her organic pig farm near Cirencester.

The star also confirmed her marriage to Indian millionaire Arun Nayar had ended without a satisfactory consummation and the resulting feast.

Nayar said: “I did not become massively wealthy by being stupid enough to think Liz Hurley was not going to rip my head off and eat it.”

But Warne is upbeat about having deadly sex with the star of the unnecessary Bedazzled remake and that one where she played Lord Byron’s girlfriend in which she is so unspeakably bad that you actually stop laughing at her and get really quite angry.

He said: “She’s a wonderful and very sexy lady and I have no doubt that we will be together for the rest of our lives.”

Warne then repeated his prediction that the relationship had a long and happy future despite having the Hurley mating process explained to him seven times, using pictures and hand gestures.

He added: “I think we should get married next Spring. 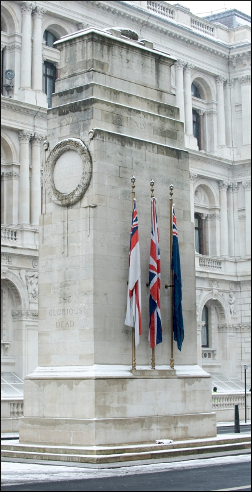 PINK Floyd legend Dave Gilmour is to explore his son’s defilement of the cenotaph with a rock opera that will last for about two days.

Gilmour said the only way he could begin to understand son Charlie’s actions was through the power of his dreary music that never seems to end.

The opera, entitled We Are The Cenotaphs, will be a conceptual exploration of what it means to be a large block of stone with some flags attached to it.

The lead character will be an ordinary cenotaph called Bob who will write long, anguished letters to other cenotaphs in cities across the world who, in turn, will share their experiences with him.

According to Gilmour the opera will have virtually no lyrics as the cenotaphs will communicate with each other using only guitar solos.

Describing the show as a ‘slightly shorter version of Dark Side of the Moon‘, he added: “When Charlie said he didn’t even know it was the Cenotaph, I knew there was only one way I could explain it to him. Well, actually, there were two ways, but the other one didn’t need guitars and massive, inflatable cenotaphs.

“I’ve already written two songs. One is called Stop Swinging on My Flags, Charlie and the other one is called Remembrance Sunday. That one’s about nine hours long. So far.”

But Gilmour has also blamed himself admitting that he should probably have stopped sitting in one of his vintage Ferraris for abut 20 minutes to explain the concept of ‘means testing’ to his wayward son.

Tom Logan, a man with an opinion from Stevenage, said: “I was of course appalled and angry to see this young hooligan swinging from the cenotaph like a be-Doc-Martened gibbon, but I think having to listen to anything by Dave Gilmour is punishment enough.”