I got tired of waiting, says Charles

PRINCE Charles has admitted he visited the Queen while he had Covid because he is tired of waiting to have her job.

The first-in-line to the throne visited the Queen despite suspecting he might be infected to speed things up, because he feared he might have years of making biscuits just to look as if he does something.

He said: “I wasn’t testing positive before the visit, but I’d been to a big bash at the British Museum the night before so I thought it was worth a shot. Imagine my delight when the gamble paid off.

“Mum’s had a good innings, so if I want to see my face on a stamp any time soon it’s only fair that I get to help the succession process along a bit. I’ve probably only reduced the waiting time by a couple of months anyway so it’s no big deal.

“The palace is refusing to confirm or deny anything, which means she’s definitely got it. And if the worst comes to the worst I can’t be blamed because it’s not like I invented Covid. It’s the perfect crime.

“Everyone will be sad for a bit but I’ll regain my popularity by letting those jubilee bank holidays go ahead as planned. It’s all you care about anyway.

“King Charles. It’s got a wonderful ring to it, hasn’t it? Shame it’s a type of spaniel.” 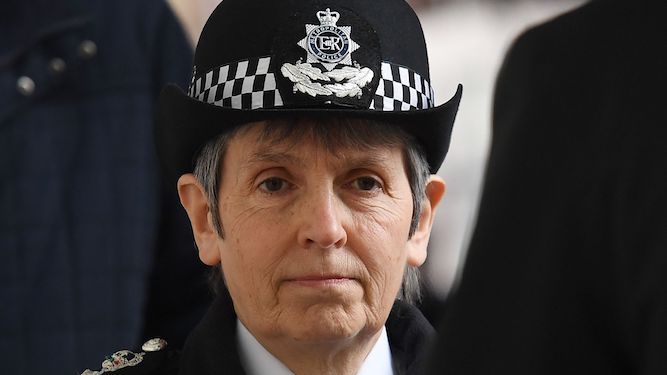 Dick and mayor Sadiq Khan agreed that since lawbreaking in the capital has now been eliminated entirely she has no role to perform anymore due to her own incredible success.

She said:“Imagine Batman retiring. That’s what this is.

“Murder, car crime and burglaries are a thing of the past. London dwellers don’t even know what a mugging is.

“I was promoted to this position on the back of beating crime, specifically the crime of an innocent Brazilian being killed which I brilliantly proved, Miss Marple-style, wasn’t a crime because nobody did it.

“Since then I’ve tackled the case of the Sarah Everard vigil, successfully proved that imaginary child abuse wasn’t happening with a £2.5 million investigation, and ensured there is no evidence of racism, misogyny or institutional corruption within the force.

“Finally I have confronted reports of crime in Downing Street itself by launching an enquiry which will culminate in secret £100 fines. Is a crime a crime if it is never revealed and nobody is punished? I say no, and I’m the f**king police.

“Crime is over in London. All residents can leave their doors open from now on. Thank Dick.”