With her income set to increase by eight percent next year, the Queen said she planned to continue having an absolutely brilliant time.

“Then she smiled and shook her head and said, ’82 million quid a year – it just keeps getting better, doesn’t it?’.”

“When the accountants said that was all fine she just nodded and said ‘nice’.”

It is understood the Queen later telephoned King Felipe of Spain, said ’82 million’ and then hung up on him.

Because I’m worth it, says May 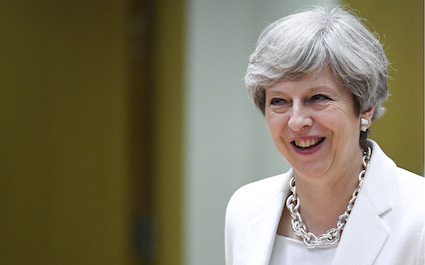 THERESA May has confirmed that a supremely skilled politician like herself is easily worth £1 billion.

The prime minister told Britain she is a strong, confident woman who will not allow anyone to bring her down, and that the cost of keeping her in power is irrelevant.

She continued: “I believe in myself, and that means I can do anything. Literally anything.

“What does a billion pounds buy? 35,000 junior doctors or primary school teachers? Or a prime minister of unparalleled talent and achievements who will double this country’s income in two years?

“There is no other politician capable of the kind of dazzling, visionary moves I can pull off. No other world leader who commands such absolute respect.

“Like the transfer fee for Ronaldo, this may seem steep now but in years to come will be recognised as an unbelievable bargain. You’d pay twice as much.”

May added: “Now come on. We’ve got a country to fix. What should I cut first?”