PIERS Morgan is itching to get back to being the most obnoxious prick in the UK, it has emerged.

Since the COVID-19 crisis began, Morgan has shocked the nation by being one of the few members of the docile British media prepared to hold the government to account for their woeful handling of the pandemic.

But the former twat admits he misses pathetically trolling Gary Lineker on Twitter only to come off second-best, and that life is not the same since he stopped pretending America’s worst-ever president was a cool guy.

He continued: “This pandemic has brought out the best in me. I don’t like it.

“Doing the right thing, standing up for the little guy, treating celebrities as vacuous irrelevances. Bordering on being some sort of lefty, at times. What happened to Piers the total tossrag?

“As soon as all this is over I’m going right back to the old me. It’s the little things I miss, like using my 7.4 million Twitter followers in a pile-on a vegan, or calling a ban on fire-juggling in primary schools political correctness gone mad.

“For now I’ll do the right thing because someone has to and that someone, astonishingly, is me. But God, I’m looking forward to being prince of wankers once more.” 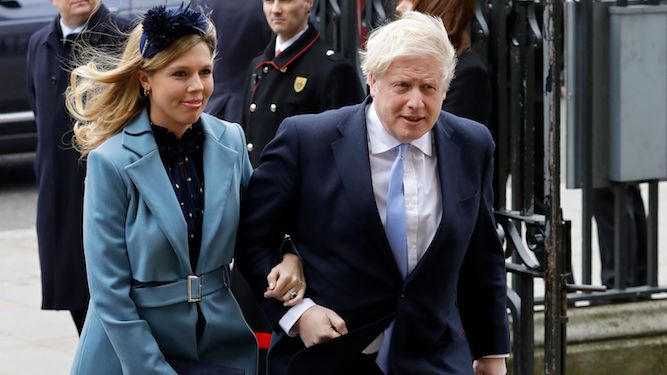 IS Winston Zipwire Johnson too much? Here are some other names for my new son that will start him on the road to greatness.

People irrationally adore me as though I’m a member of the royal family rather than a worryingly incompetent politician with funny hair, and will want to treat my baby as the saviour of Great Britain. Might as well give him a suitably regal name for them to fawn over.

Donald Junior Johnson
Donald Trump is a wonderful role model and I know he’ll be touched by an homage like this. It might also help with those trade deals I need to get nailed down once the transition period is over.

Daily Telegraph Johnson
It’s traditional to name your children in tribute to those who have helped you get where you are today. In my case it’s a lunatic newspaper, but I think it has a wonderful ring to it.

Levi Asher Johnson
I’m desperate to be man of the people, despite the fact that I went to Eton and my middle name is ‘de Pfeffel’. Giving my son a populist moniker will make the public believe I’m one of them, even though I still secretly yearn to burn £50 notes in their faces for a laugh.

Dominic Cummings Johnson
He’s the shadowy puppet master behind everything else I do, so I might as well just call the kid this now and be done with it.