I went too hard on day one, Queen admits

THE Queen has admitted she ruined her own Platinum Jubilee celebrations by going far too hard on the first day.

Her Majesty, who after Thursday was only able to make a single brief hungover balcony appearance for the last three days of the event, apologised to the nation for not being able to restrain herself.

She said: “As every 19-year-old on a lads’ trip to Dublin knows, on a four-day event you have to hold back early doors. But I got carried away.

“I’ve been building up for so long that as soon as Thursday hit I was out of control. The balcony flypast and the lighting of the beacons were only what you saw. Behind the scenes it was mental.

“I swear I thought I’d be attending the Thanksgiving Service until I realised the sun was streaming into the state apartments, everyone around me was unconscious, it was 8am and I hadn’t slept for 36 hours.

“Like an amateur blasting through his full stash on the first day of Glastonbury and spending the next three days in the tent, like the lad at the stag do who gets so hammered on the first night he can’t touch a drop all weekend, I’d f**ked it.

“I spent all Friday and Saturday in bed. They came in saying ‘it’s the Derby now’ or ‘it’s Party at the Palace’, took one look at the state I was in, and pissed off. I have never been so ill.

“My humble apologies for everyone for being such a lightweight. I’ve let the nation down. I should probably abdicate.” 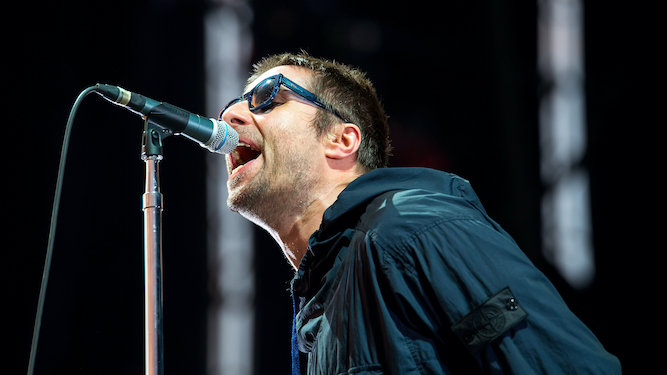 Liam Gallagher is returning to Knebworth, the venue where he was crowned King of the Knobheads in 1996, for another legendary two-night run.

The UK’s number one rock star dick-measuring venue will see more than 200,000 fellow tools joining Liam so he can prove he is a bigger knobhead than his brother.

Owner Denys Finch Hatton said: “We began serving as a penis extension for leather-trousered men in the 1970s, when The Rolling Stones asserted their right to be the biggest cocks in Britain.

“Following that Robert Plant demanded to sling his schlong about in our Grade II listed park and gardens, and who was I to stop him?

“In 1996 it was Oasis waving their wangers at the nation, and in direct competition Robbie Williams decided only three nights could settle his constant nagging penile inadequacy. Cocaine impotence has made us a lot of money over the years.

“And now I see Liam’s back to settle a petty little score like he and his brother are still children fighting a willy war. What an absolute dick.”

Fan Tommy Logan said: “Is there anyone out there that’s as much of a cock as Liam Gallagher? No. In the great man’s words, let’s f**king have it.”