James Corden apologises for his personality

CHAT show host James Corden has confirmed that he is ‘truly sorry’ about his personality.

Following criticism for jokes about Harvey Weinstein at a charity gala, Corden said he never intended his personality to cause offence and wants absolutely everyone to like him.

He added: “In hindsight, I should have given more careful consideration to how I generally interact with the rest of humanity. My personality, although I thought it was really very good, just wasn’t appropriate.

“I never stopped to think that some people, indeed quite a few people, might find me insufferably smug or nauseatingly ingratiating.

“Perhaps it’s because I’ve been living in America where they quite like that sort of thing. I’m going to seek help with a professional personality consultant.”

Corden promised to have a full rethink of himself, and is reconsidering forthcoming roles as a patronising wombat in a bank advert and a chirpy paperclip called Bendy Bert in an animated film about office stationery. 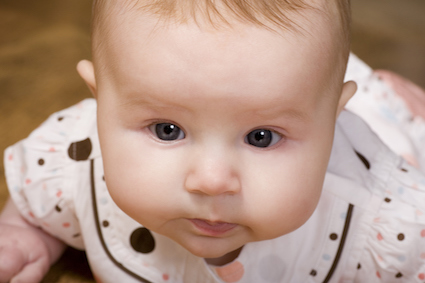 A BABY girl has confirmed that ‘self-soothing’ as a way to get her to settle at night is a load of  bollocks.

Six month-old Rosie Brown, from Stevenage, said: “One minute I am snuggled up on my mother or father feeling perfectly comfortable and then BAM! I am shoved into a wooden prison of doom.

“At that point I am too pissed off to sleep for the rest of the night. What an enormous surprise.”

She added: “I remember one night I cried and nobody came to get me for ages and I heard my mother say, ‘Google said babies should learn to settle themselves to sleep’.

“I don’t know who Google is but he sounds like an arsehole.”

Rosie’s mother, Jane, said: “I don’t get it. The experts say she should be sleeping while drowsy and awake and co-sleeping with me in her own cot after self-soothing into a bedtime routine… or something?