Jamie Oliver ‘heartbroken’ after thieves steal most of his herbs

JAMIE Oliver has appealed for the safe return of his favourite herbs after a break-in at his North London home.

Burglars raided the house earlier this week, snatching Oliver’s collection of dill, basil, sage and thyme after drilling a hole into his state-of-the-art herb vault.

The stricken chef revealed the devastating moment he realised he had no way of preventing a lamb stew tasting bland.

Oliver said: “It was bubbling away like a ticking time bomb and I was powerless to bring out the flavours.

“They even took Brian, my favourite sprig of rosemary. All that was left was a bit of coriander, which has no street value because it tastes weird.”

He added: “I’d rather they’d stolen my massive TV, one of my huge 4x4s or raided the room filled entirely with £20 notes.” 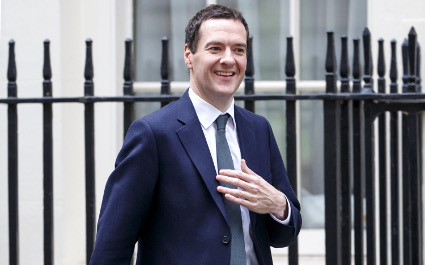 THE chancellor is confident poor families will not realise that cuts to tax credits have drastically reduced their income.

Osborne has cleverly brought in the cuts straight away, but delayed increases in the minimum wage until 2019 after assuming most low-income households are too bad at maths to spot it.

“They’ll be so dazzled by the street-corner showmanship they’ll have no idea their actual income has dropped by two grand a year – a sum easily covered by some simple household savings.

“Then when the other stuff comes in, they’ll be so grateful to generous Mr Osborne that they’ll insist on making me the next prime minister. Boom!”

Osborne ruled out trying the same trick when closing corporate tax loopholes, adding: “They have accountants who are even cleverer than I am.”